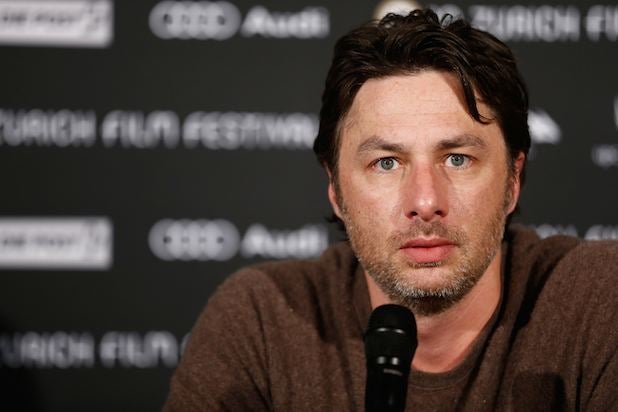 “Wish I Was Here” director Zach Braff thought the criticism and public backlash stemming from his idea to crowdfund the production on Kickstarter was “unfair and uninformed.”

“It was frustrating having the debate with people who didn’t have all the analytics and facts,” Screen Daily reports Braff said after a screening of the indie comedy at the Zurich Film Festival. “I knew that we were driving new people to Kickstarter who then invested in other projects, for example. The onus was on me to explain why someone like me couldn’t get a film made in the traditional way.”

Despite the success of his 2004 indie hit “Garden State,” Braff’s passion project could not get funding from studios without “making a lot of sacrifices,” so he turned to his fans for help. 46,520 backers quickly chipped in to raise over $3.1 million, although Braff’s goal was only $2 million.

Following “Veronica Mars” creator Rob Thomas‘ efforts to crowdfund a movie version of his cult TV show, Braff was the highest profile Hollywood star to ask fans for funding. He was both scolded and applauded by peers, as well as just about anybody else who cared to weigh in on the issue through a media outlet, or online comments.

Also read: Kevin Smith on Kickstarter: I’d Rather Take a Second Mortgage Out

“I was completely taken aback by the criticism,” Braff said at the festival. “I was expecting a conversation because it’s a fascinating and new model.”

The model Braff embraced  is now being used regularly to finance films, both small and large. “Blue Ruin,” a 2013 critically acclaimed indie thriller that received a limited theatrical release, is an example of an unknown filmmaker utilizing crowdfunding to make his dream a reality, while Don Cheadle and former “Man Show” host Adam Carolla have also jumped on board to fund their own passion projects.

Also read: Zach Braff’s ‘Wish I Was Here’ Makes Most Critics Wish They Were Elsewhere

Focus Features acquired “Wish I Was Here” after its Sundance premiere earlier this year, and released the film co-starring Kate Hudson and Josh Gad in July. It grossed just over $4 million worldwide.