See It Now Studios is described as a content provider for news, documentary and unscripted programming for Paramount+ as well as the ViacomCBS brands domestically and internationally. Zirinsky will serve as president and report to George Cheeks, president and CEO of CBS and chief content officer for Paramount+’s news and sports. The productions will be distributed globally by the ViacomCBS Global Distribution Group.

See It Now Studios will also create spinoffs of various CBS News brands while producing “insta-docs” after breaking news and major current events. The “insta-docs” will be done in collaboration with Neeraj Khemlani and Wendy McMahon, who succeeded Zirinsky as co-heads of CBS News and Stations when she departed her presidential role in April. 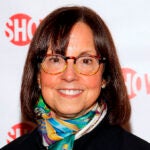 “See It Now Studios will deliver premium, impactful non-fiction series and unscripted programming,” Zirinsky said in a Wednesday statement. “We’ve got a slate of powerful projects that use immersive storytelling to illuminate people and places that rarely grant access. These are strong, story-driven projects, with engaging narratives and compelling characters that will keep viewers watching. All told through with the high-quality standards set by CBS News.”

Cheeks added: “This is a studio built on the foundation of the incredible journalism and storytelling of CBS News but with a broader remit. See It Now Studios will have the flexibility to work across a range of production formats and concepts to meet the growing needs of linear and streaming platforms, including producing premium documentary content for Paramount+. There is no one better to lead this new unit than the journalistic and producing force of nature that is Susan Zirinsky. She and her team have already hit the ground running.”

The move was hinted at when Zirinsky left her position as CBS News president in April. At the time, a Wall Street Journal report said she was set to ink a production deal with ViacomCBS. Zirinsky, a beloved figure at CBS News who started out as a production clerk in 1972, faced her fair share of fires to put out when she took over the network’s news division following the ouster of David Rhodes.