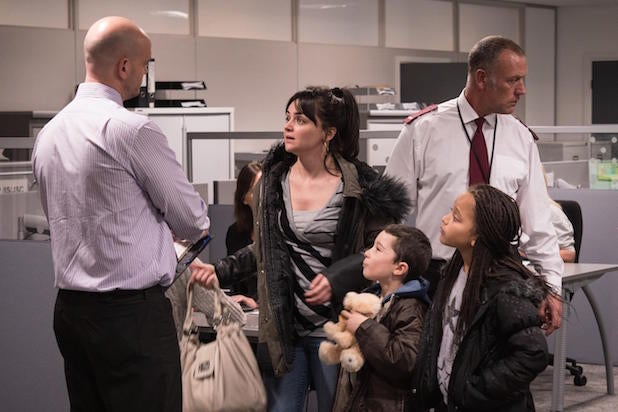 British director Ken Loach came out of retirement and returned to Cannes in 2016, where he’s been 19 times and where his latest piece of low-key but urgent social criticism won cheers from the audience at its first press screening.

“I, Daniel Blake” comes a decade after Loach won the Palme d’Or for “The Wind That Shakes the Barley” and only two years after he was at Cannes with “Jimmy’s Hall.” That means his “retirement” was barely a retirement at all — just a brief respite for a man who started putting slices of social-realism drama (plus occasional comedies and period pieces) on screen before he was 30, and is still doing it at the age of 79.

From the film’s opening scenes, in which the title character has an exasperating conversation with a government lackey, it’s clear that Loach is back to work the same territory he’s worked in the past. Like many of his films dating all the way back to “Kes” in 1969, this is a touching character study that exists to make larger points about societal (and especially governmental) ills.

The title character, played by Dave Johns, is a British carpenter who needs government help after suffering a serious heart attack; following a series of humiliations at the hands of an infuriating bureaucracy, he befriends a young single mother, Katie (Hayley Squires), who has herself been pushed to the breaking point by the unfeeling agents of government.

The strength of “I, Daniel Blake” lies in its simplicity, in the details of hardscrabble existence — Katie uses her money to buy food and clothes for her children, but she steals when her own needs intrude — and particularly in the restrained, lived-in performances from Johns and Squires, the former in particular a real contender for a Cannes acting award.

Loach is at his best when he sketches working-class lives quietly and with real affection, but “I, Daniel Blake” becomes more problematic when it comes to the Unfeeling Bureaucracy, which is populated with villains who all but twirl their mustaches as they make life miserable for our heroes.

The beautiful restraint with which Loach sketches Dan and Katie’s plight is sometimes undercut by these more heavy-handed moves; he’s better at capturing the dirty browns and faded blues of life in the margins than at locating any shades of gray in the forces his characters face.

But thanks to the indelible lead performances, the characters’ quest to hang onto a shred of self-respect in a system that seems designed to take it away becomes utterly heartbreaking; even when they’re making bad decisions, we never doubt that these are good people, and the audience at the first screening in Cannes’ Salle Debussy clearly felt deeply for them and responded enthusiastically to the film.

Sure, Loach’s righteous indignation occasionally made for an uneasy fit with what is otherwise lovely, low-key filmmaking — but as anybody who’s spent time on hold with a faceless bureaucracy knows, it’s awfully easy to feel righteous and indignant in those circumstances.

That’s a feeling that connects even in the tony halls of Cannes.