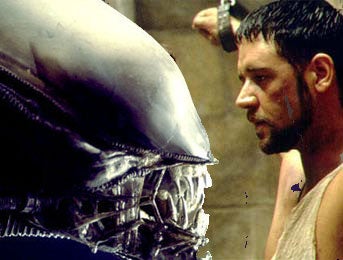 1. Ridley Scott is to direct the “Alien” prequel, and that can only mean one thing: Russell Crowe is going to be kicking Giger-styled xenomorph-ass in outer space. Think about it: R&R have been a tag team for the better part of the decade and they need a hit. Their take on Robin Hood might do it, but “Alien Vs Gladiator”? Now that’d be awesome!

2. According to Slashfilm, you can predict the moves of the Mouse House by the domain names they’ve been buying up. So apparently there will be sequels/spin-offs to “Monsters Inc.” and “The Lion King." Cunning entrepreneur that I am, I just snapped up www.thecountrybearsreturn.com, www.thelittlermermaid-movie.com and www.aroundtheworldin81days.com.
Disney bean counters, I await your offer but be warned … these registrations cost me $4.95 apiece, and I’m unlikely to be satisfied unless I triple my investment.

3. A few hundred lucky Aussies will next Tuesday get to see 1987 Ozploitation horror “Dark Age” — starring “Wolf Creek” serial-killer John Jarratt — in a one-off event hosted by Quentin Tarantino, who’s bringing his own 35mm print Down Under while touring “Inglourious Basterds." (Brilliant, by the way.) Discerning Americans don’t need to miss out on the fun, though, because the jaw-droppingly spectacular and eye-wateringly funny Ozploitation doco “Not Quite Hollywood” is now in limited release and features plenty of footage of QT enthusiastically spruiking flicks like “Turkey Shoot” and “Patrick."

4. Every time a repertory/cult cinemas reopens its doors, a B-grade angel gets his or her wings. 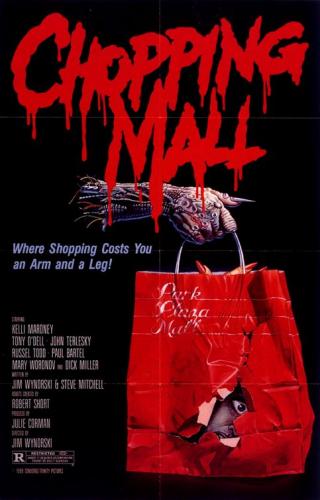 Happily for Pittsburgh, the show will go on for the 85-year-old Dormont Theater. The gala premiere evening tomorrow night features “Chopping Mall," “Vampire In Vegas” and “Cry of the Winged Serpent." Next night, that most famous of Z-grade exploitation flicks “Casablanca."

5. Headline of the week has to go to: “Brooklyn Eco-Film Geeks Build Awesome Truck Farm Proving You Really Can Garden Anywhere." Say what now? Wicked Delicate’s “Food and Film” project about sustainable faming in the Big City is online and quite remarkable.

6. Now that Comic-Con’s but a fading memory, it’s time to get to the convention where the real action is. That’s right, Costa Mesa is on Aug. 1 home to “Al Fest," that essential, day-long celebration of all things Weird Al Yankovic. 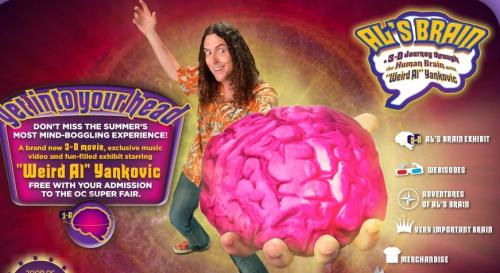 Among the highlights? Performances by “members of Yankovic’s band” and a “variety show staged by fans." And why not go one further by going inside the man’s brain at the OC Super Fair? And in 3D!

7. “Mystery Science Theater 3000” fans are in for a treat on Aug. 20. Mike Nelson, Kevin Murphy and the gang are reuniting for a one-night, nationwide in-theater live event in which, under their new incarnation RiffTrax, they’ll be having witty fun with Ed Wood’s “P 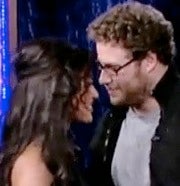 lan 9 From Outer Space," which this year turns 50. RiffTrax Live will be presented on 434 screens around the country. Information here.

8. The increasingly svelte Seth Rogen’s had enough, and he’s not gonna take it anymore! This week he’s used his “Funny People” press tour to snipe at Katherine Heigl’s diva behavior and recall the time Megan Fox rebuffed him on Jimmy Kimmel. If Elizabeth Banks or Anna Faris said/did anything remotely nasty to him on the set of their films together, they’ll be feeling a little nervous right now.

9. “Pirates of the Caribbean 4” is going ahead. Sigh. On the upside, this might keep Jerry Bruckheimer from making “G-Force II” and “More Confessions of a Shopaholic." There’s always a silver lining. 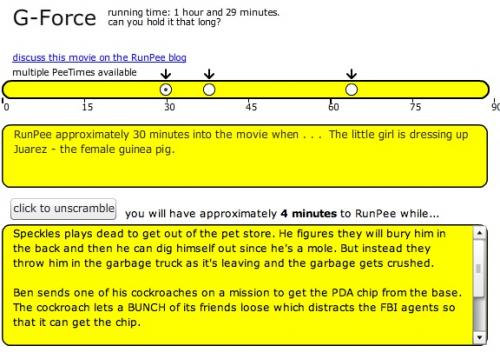 10. And speaking of “G-Force”, I love RunPee, the site that gives you a heads up about the best time to hit the head when you’re in a movie. But I do take issue with its urinary advice for Bruckheimer’s dismal rodent opus. Only three moments when it’s safe to make the dash? Here’s the real skinny. The best time to go is at the precise moment the trailers end. Do your thing. Take your time. And then just keep walking. Do some window shopping. Have a coffee. Come back and collect the kids after 90 minutes.