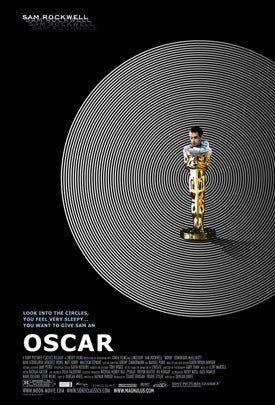 If you’ve seen “Moon,” you know what I’m talking about. If you haven’t, you should and then you will. Rockwell’s lunar performance is stellar in one of the best-reviewed films of the year. Writer-director Duncan Jones, the man behind this sci-fi masterpiece — which is all the more welcome for having emerged in a year of giant effin’ robots and salivating terminal cases — has thrown his weight behind a grassroots campaign to get Rockwell Oscar-nominated. “If you stare at the graphic we’ve done up for a while, you kinda get hypnotized,” he laughed this week. “You can hear the voice, ‘Vote Sam.’” Sign the petition and pay it forward. Do it for Sam.

2. Six Sick Sequels! Nine Wimpwolves!
As you stumble out of the megalplex reeling from “Saw VI,” take some consolation in the fact it’s not the worst sixth installment ever. Here are six sixths that’re worse (maybe). And if you thought the glimpse of werewolf — ooops, sorry, Twi-people, “shapeshifter” — from “New Moon” was a LOL lyncanthropic moment, then try these nine lame werewolves on for measure.

3. Dexter: The Cartoon
And if you really don’t like your kids, then sit them down in front of the computer for an episode of the new animated web series “Dexter: Early Cuts.” Reminds me of that awesome time Charlie Manson did a cameo on “Scooby-Doo”… See the webisodes here.

4. Whatchoo Talkin’ ‘Bout … Killin’, Willis?
Next up, Dexter becomes a comedian? Well, close. Gamedaily reports that Bruce Willis has signed on to star in vid-game adaptation “Kane & Lynch,” which is a buddy movie … about stone-cold sociopathic killers! Fun! Producer Adrian Askarieh, who brought us the warm ‘n’ fuzzy “Hitman,” told the site, “it's essentially the story of a mercenary teaming up with a schizophrenic psychopath to save his wife and daughter.” Awesome! Reminds me of the time Larry Appleton and Balki Bartokokomous went on that roadtrip and killed a hitchhiker in season two of “Perfect Strangers.” 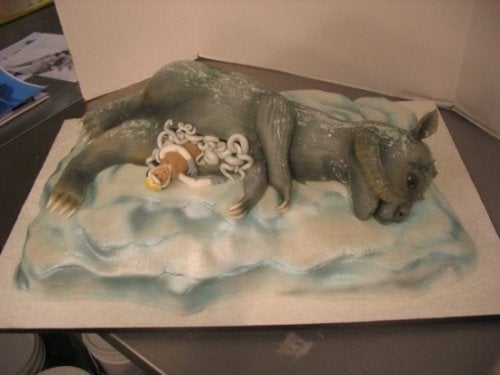 5. Bronson: Fear Him!
Speaking of Serge from “Beverly Hills Cop,” Bronson Pinchot this week gave one of those rare interviews in which Hollywood politesse, obfuscation and, well, self-preservation seems to take a back seat to dishing the dirt.

6. Hmmm, Entrails!
If your little Padawan loved the Tauntaun sleeping bag, then celebrate his or her next birthday with this awesome cake. Watch as all the six-year-old Jedis squabble over who gets the biggest loop of delicious intestine!

7. The Next Paranormal Activity?
Drab suburban setting? Yes! Shaky videocam? Check! Mounting horror building up to a shattering climax? Um, maybe … If you plan on, like, getting totally baked this weekend, dude, then you might think again after the trailer for “Evil Weed.”

9. Best T-Shirt Ever?
Well, definitely the coolest T-shirt for Halloween. It even has a Michael Jackson “Easter Egg” — a little

zombie done up like the late singer as we saw him in “Thriller."

10. Michael Jackson Will Just Keep On Coming Back
If you thought that after “This Is It” raked in a couple hundred million bucks in the next couple weeks (the Halloween timing for this grisly spectacle couldn’t be more appropriate) that Michael Jackson might finally rest in peace, think again. In an interview with Cinemablend, director Kenny Ortega and producer Travis Payne reveals that “This Is It” won’t be it at all. “Ortega also revealed that there may be a 3D re-release of "Michael Jackson’s This Is it" later on, including the revamped music videos that were originally to be broadcast during the concerts in 3D. "Later down the line there may be an opportunity for us to do some special 3D package," Ortega hinted. But that's not nearly as elaborate as how the videos were originally intended to be shown. The plan was to have the audience members don 3D glasses in the middle of the concert, but it was going to be much more than just 3D screens in the corner. As Payne explained it to me, "We had 3D and also frontal elements and overhead elements that actually created a 4D environment that the audience was sitting in.” The whole 4D thing isn’t as dumb as it sounds — the fourth dimension isn’t actually time, after all — but can’t we just let it be?