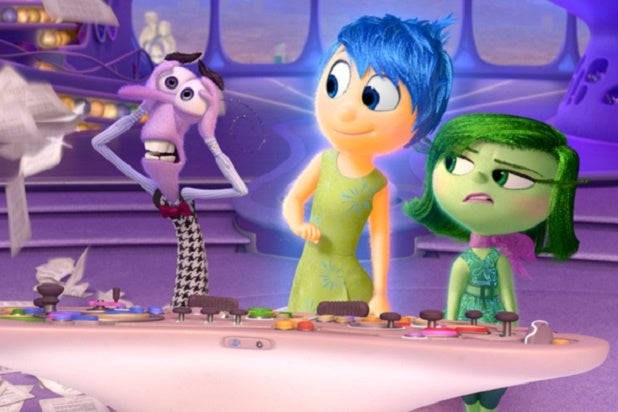 The Oscar race for Best Animated Feature will likely include a full slate of five nominees this year, with 16 films submitted for the award.

Academy rules state that five films can be nominated in a year in which there are at least 16 qualifying entries. If there were less than 16, the size of the category would drop to three nominees, which was the norm from the category’s creation in 2001 through 2008.

Since 2009, however, enough films have been submitted to trigger a full slate of nominees every year except one. Barring any disqualifications, this will be the fifth consecutive year, and the seventh time in the 15-year history of the category, that the list of nominees will include five films.

(In theory, fewer than five films could still be nominated if not enough of the contenders are given high scores by the Academy members who choose the nominees. But in practice, scores are always high enough to fill all the open slots.)

Pixar’s “Inside Out,” which premiered at the Cannes Film Festival in May, is the presumed frontrunner at this point, and is one of the few animated features considered a potential candidate to break into the Best Picture race.

Pixar has won seven Best Animated Feature Oscars, far more than any other studio, and has come out on top in five of the last eight years (though its parent company Disney has won the last two years).

Smaller entries include “‘s The Prophet,” “The Laws of the Universe – Part 0” and “Boy and the World.”

A wild card is Charlie Kaufman and Duke Johnson’s unconventional stop motion film “Anomalisa,” which is far more provocative and adult-oriented than most entries in the category.

Some of the submitted films must still complete their qualifying runs in Los Angeles County, while all must meet the other eligibility requirements. The executive committee from the Short Films and Feature Animation Branch occasionally disqualifies films that have been submitted in the category.

“Anomalisa”
“The Boy and the Beast”
“Boy and the World”
“The Good Dinosaur”
“Home”
“Hotel Transylvania 2”
“Inside Out”
“‘s The Prophet”
“The Laws of the Universe – Part 0”
“Minions”
“Moomins on the Riviera”
“The Peanuts Movie”
“Regular Show: The Movie”
“Shaun the Sheep Movie”
“The SpongeBob Movie: Sponge out of Water”
“When Marnie Was There”