The Academy released the complete list of films that have qualified for the animated-feature race at the Oscars, and the 20 qualifying films are more than enough to trigger an expansion of the category from the usual three nominees to five.

The list includes seven films that have yet to complete their qualifying runs, and a couple that were completely off the radar of Oscar-watchers who’d been eyeing the category in recent weeks. 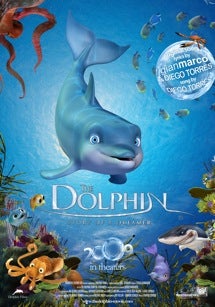 “Alvin and the Chipmunks: The Squeakquel”
“Astro Boy”
“Battle for Terra”
“Cloudy with a Chance of Meatballs”
“Coraline”
“Disney’s A Christmas Carol”
“The Dolphin – Story of a Dreamer”
“Fantastic Mr. Fox”
“Ice Age: Dawn of the Dinosaurs”
“Mary and Max”
“The Missing Lynx”
“Monsters vs. Aliens”
“9”
“Planet 51”
“Ponyo”
“The Princess and the Frog”
“The Secret of Kells”
“Tinker Bell and the Lost Treasure”
“A Town Called Panic”

The films that have yet to make their qualifying runs are "Alvin and the Chipmunks," "Fantastic Mr. Fox," "Planet 51," "The Princess and the Frog," "A Town Called Panic," "The Secret of Kells" and "The Dolphin – Story of a Dreamer."  The last two films on that list, particularly "The Dolphin," an Italian film recently picked up by 20th Century Fox, were rarely mentioned in roundups of potentially eligible movies.

Voters from all branches of the Academy, not just the short films and feature animation branch, will be invited to take place in the nominating process.  To qualify, a member must see 80 percent of the films, or 16 of the 20, in theaters (not on DVD), ranking each entry on a scale of six-to-10.  Only films averaging at least a 7.5 will be eligible.

Assuming that five films score highly enough, as seems likely, this will be the second time in the nine-year history of the category to have five nominees.

Pixar’s "Up" is, of course, the heavy favorite in the category.