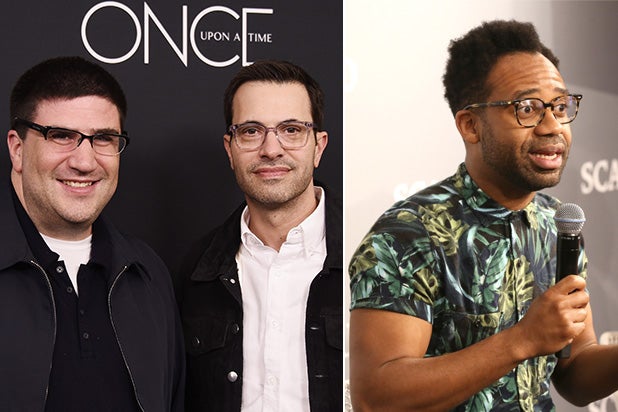 ABC has picked up two drama pilots, one from “Once Upon a Time” creators Edward Kitsis and Adam Horowitz, and the other from “Scandal” alum Zahir McGhee.

McGhee’s pilot, “Queens,” is a hip-hop drama centered on four estranged and out-of touch women in their 40s who “reunite for a chance to recapture their fame and regain the swagger they had as the Nasty Bitches — their ’90s group that made them legends in the hip-hop world.”

McGhee will write and executive produce alongside Sabrina Wind.

Kitsis and Hororwitz’s “Epic” is described as a “romantic anthology series that reinvents fairy tales for a new audience.” Brigitte Hales, a veteran of “Once Upon a Time” and Hulu’s “11.22.63,” will write the pilot and executive produce.

Both projects hail from ABC Signature.