ABC may soon find out if the Twitter effect applies to TV shows.

Hoping to build buzz for its hotly anticipated fall comedy "Modern Family," the network has begun quietly offering a select group of viewers the chance to screen the show online — more than a month before it premieres on TV. 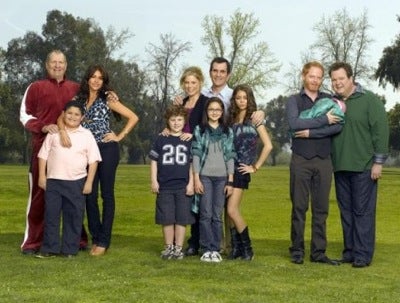 The theory behind the move: These tastemakers will flip for "Family" and will begin spreading the word on Twitter, Facebook and other social media services.

"What we’re really trying to do is get the show in front of the right people, people who will talk about the show and help us with word of mouth," says Mike Benson, co-head of marketing for the ABC Entertainment Group. "We want to show it to the right kinds of audiences, not mass audiences."

Indeed, while early screenings of fall shows aren’t unheard of, most previous attempts to get people to sample a show have been aimed at reaching hundreds of thousands, if not millions, of eyeballs. Networks have put advance looks at shows on their websites, or distributed DVD copies of pilots in magazines.

ABC is going the opposite route.

The network is offering the sneak peak of "Family" only to members of a special online fan base it’s built called ABC Inner Circle. Around 20,000 consumers are part of the Inner Circle, having signed up or been recruited to join via ABC’s email databases.

ABC has been using Inner Circle to send out video clips and information about key shows for six years now. This is the first time the network has used the club to screen a pilot, however.

Members of Inner Circle began getting notifications of the "Family" screening earlier this month. If they decide they want to watch the show, ABC sends them a code that allows them to screen the pilot online via an ABC media player.

"It’s one code, so we know some people will share it," he said.

Benson said the buzz-building for "Family" began last May, when ABC took the unusual step of showing the full pilot for the show to advertisers at its upfront presentation. That move helped build online and media chatter for the show, with many outlets dubbing "Family" an early favorite for the label "best comedy of the fall."

Likewise, by offering the show early to a relatively small group of consumers who’ve proven to be hard-core TV fans, ABC is betting they’ll get excited and feel compelled to spread the gospel of "Family."

"We’re having a more difficult time selling this show with 30-second spots," he said.

While some networks believe it makes more sense to expose pilots to as many viewers as possible before their premieres — NBC has even used cable video on demand to preview pilots — Benson isn’t sold on mass screenings.

"We’re not going to do anything to risk a show’s premiere (ratings)," he said. "We get judged on how a show opens, so we won’t do broad releases. We just won’t. I’m not going to put a DVD in a magazine."

While Benson would no doubt love to see "Modern Family" end up as a trending topic on Twitter due to positive word of mouth, he’s careful to downplay the importance of the microblogging service — or any social media.

"Twitter is growing but it’s still just a small piece of the pie," he said. "You’ve got all these platforms and technologies. You have to leverage as many of them as you can."

Indeed, Benson said he is working on other ways to get "Modern Family" exposed to key groups of viewers via advance screenings. He declined to discuss specifics, however, saying he didn’t want to tip his hand to rival networks.

But, as with "Family," "It won’t be a mass screening. It will be selective," Benson said.