Things are heating up for Legendary’s Monsterverse.

Last week we learned that Dan Stevens would be joining the untitled “Godzilla vs. Kong” sequel that will be filming in Australia this summer and now Legendary has announced that Matt Shakman, who has directed episodes of “Game of Thrones,” “The Boys” and all of “WandaVision,” will be helming the first two episodes of the new Monsterverse TV series for Apple TV+.

Not much is known about the upcoming series, aside from the fact that it will focus on “one family’s journey to uncover its buried secrets and a legacy linking them to the secret organization known as Monarch.” (Yes, Godzilla is supposed to be involved in some capacity and Toho is a co-producer.)

Chris Black (“Outcast”) will serve as showrunner, with Black and comic book favorite Matt Fraction (whose “Hawkeye” comics were the basis for the recent Disney+ series) serving as executive producers. It’s unclear who else Legendary will recruit to direct the subsequent episodes – perhaps filmmakers who have already participated in the Monsterverse?

Shakman can obviously handle large-scale action and intimate character drama, both of which will undoubtedly be necessary for the new project (he’s also directed episodes of “Everwood,” “Mad Men” and “Fargo”). Shakman has also been tapped to direct the fourth installment of the “Star Trek” films that started with J.J. Abrams’ unassailable 2009 reboot, although several filmmakers before him had also been tapped for that gig. 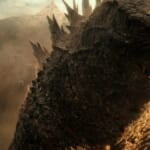 It’s unclear where the new Apple TV+ show takes place in the larger continuity of the Monsterverse, since the monster-hunting organization Monarch has been around since at least the 1960s (as we saw in “Kong: Skull Island”) and whether or not watching the new series will be essential for your enjoyment of the other Monsterverse movies going forward (like the Stevens-led “Godzilla vs. Kong” sequel, once again directed by Adam Wingard). We just can’t wait to see what a live-action small-screen “Godzilla” streaming show looks like.