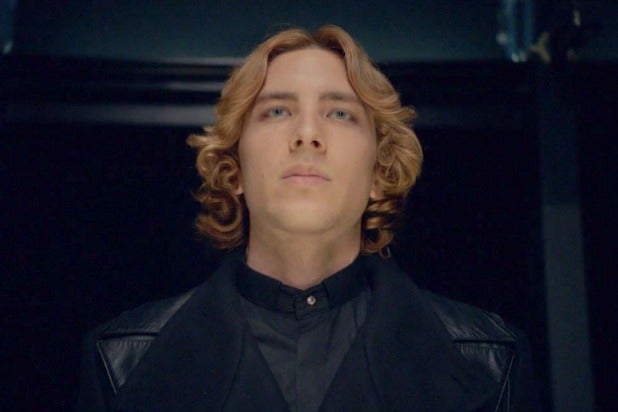 So little time, and so much to explain. The “AHS: Apocalypse” finale airs one week from tonight, and based on today’s installment of Season 8, titled “Fire and Reign,” we’re not totally confident the Ryan Murphy anthology series is going to be able to securely wrap up every thread it’s created over the last nine episodes.

Here are the biggest loose threads we’re pulling at right now, as we prepare for the end of this end of days tale. Here’s hoping someone ties them up next Wednesday.

So presumably all this will end with the witches triumphing over the Antichrist Michael Langdon. And presumably that victory will involve Mallory’s recently-revealed time travel ability. But the ninth episode left us with a couple years still to go until the apocalypse actually occurs — and we don’t really know what Cordelia is planning to do about that. That’s assuming she even has a plan beyond waiting for Mallory’s skills to improve.

Also Read: 'AHS: Apocalypse' - The Biggest Questions We Have After That Wild Ninth Episode

Why Coco and Mallory were in Outpost 3

These two witches were apparently placed under an identity spell and were given access to Outpost 3 to ride out the apocalypse because of Coco’s father’s connections. But why? It can’t be as simple as just a way to keep Mallory safe, because the other surviving witches didn’t apparently need to hide underground to make it through — and it didn’t keep her safe, because she died there.

So was it just an accident that they ended up holed up in there while oblivious to the war with Michael because of the spell? Or was this part of Cordelia’s long-term plan somehow? Whatever the answer is, this will probably need to be the main thread of next week’s finale.

The story of those teenagers from the outpost

You know, those teens we haven’t seen in a million years because we finally got into the “Coven” and “Murder House” stuff after Episode 3 and haven’t been back to the Outpost in the present day since? Those two were taken into the bunker because they were special, allegedly due to their genetics, so they got to be purples. They also fell in love and were breaking Venable’s rules by hooking up in the Outpost. How do they play into the bigger story here? They have to, right? Early on it felt very much like there was a big mystery to their inclusion at the outpost, so it would be weird if “Apocalypse” just never followed up on them.

Also Read: 'American Horror Story: Apocalypse': Cody Fern Is Psyched for You to See 'Battle Royale' of a Finale

How did Mead and Venable get together?

So by the end of the penultimate episode of “Apocalypse,” Mead knows she’s a robot and Venable has been promised she’s going to get total control of one of these outposts that are being constructed by the Illuminati on Michael’s orders. But what we need to know now is how we get from Point A to Point B, in that the Venable and Mead we know post-apocalypse were working together as a unit, and Mead had no idea she was a robot. So how does her memory get wiped, and who puts her and Venable together to rule that outpost with an iron fist?

Basically everything else involving Outpost 3

It’s been so long since we were actually back in the Outpost, in the present day — and when we say present day, we mean the timeline after the apocalypse. The one where Cordelia, Myrtle and Madison had just busted in after everyone inside Outpost 3 died by poison apple, so they could bring back Mallory, Dinah and Coco. But everything in the first three episodes of Season 8 that occurred inside the outpost, including all of Michael’s weird tests and all the scheming Venable and Mead were doing and the appearance of the Rubber Man, just doesn’t add up at this point. If you can even remember what they were doing, that is.

Alright, she was firmly Team Langdon — or firmly Team Dinah — when she helped Michael come in and wipe out all the Coven witches who were inside the academy. And she was rewarded for that act of betrayal against Cordelia’s girls by getting the green light for her own talk show. But we also know she ends up in Outpost 3 with everyone else, under an identity spell that may or may not have been cast by Cordelia.

After “waking up,” Dinah doesn’t want anything to do with this end of days battle in the present timeline — even though it doesn’t really seem like a policy of strict neutrality makes much sense at that point.

We have so many questions about what’s going on with her. Did she strike a deal with Cordelia? The identity spell would imply she wasn’t there by accident. So the finale will need to explain all that.

All the “Murder House” stuff

It seems almost impossible that we’re done. Because after Episode 6 took us back to Season 1’s titular haunted mansion, it actually left us with more questions than answers about Michael and his past — and how that affects that apocalypse, the “Coven” witches and the fate of everyone who is trapped in the Murder House. Will Langdon and Cordelia go back to his former home to settle this thing once and for all, and hopefully tie up one giant loose end?

The season finale of “American Horror Story: Apocalypse” airs next Wednesday at 10/9c on FX.