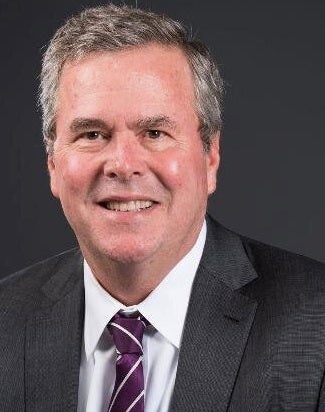 The media has been bracing for the first official 2016 presidential candidate to announce his or her run, and Tuesday it got its wish.

I am excited to announce I will actively explore the possibility of running for President of the United States: https://t.co/luY4lCF2cA.

The Bush bonanza went on throughout the day, with CNN, Fox News and MSNBC leading most of their programs with news of Bush’s quasi-presidential run announcement. It should be noted, the nets chose to lead with news about Bush’ tweet over the tragic killing of 132 children at a Pakistan school at the hands of the Taliban.

Also read: Forget the Candidates! The Real 2016 Campaign Is Between Old and New Media

“Suddenly the 2016 presidential election campaign is underway,” Chris Matthew said on “Hardball” at 7 p.m. ET. “No more, will he or won’t he, Jeb Bush is in the race for president. This is a game changer today.”

“Jeb is in…well maybe, a little bit in,” Greta Van Susteren led her show at 7 p.m. ET. “The race for the White House is officially on,” Sean Hannity said at 10 p.m. ET, then interviewing Karl Rove, who was the main strategist responsible for getting Jeb’s brother elected president.

Also read: Former President George W. Bush to Jay Leno: ‘I Did the Best I Could Do’ (Video)

The Bush frenzy spread into Wednesday, with “Morning Joe,” “New Day” and “Fox and Friends” all dedicating lengthy amounts of times to the Bush tweet. Social media also exploded off of the Bush tweet, with hashtag #JebBushCampaignSlogans trending after the Bush tweet went live.

It’s in my DNA, whatever that is. I never got science. #JebBushCampaignSlogans — John The Reindeer? (@lackofself) December 16, 2014

The Bush 2016 train has slowed down in the media mid-Wednesday morning as cable and digital news has pivoted to the release of American contractor Alan Gross from Cuba and President Obama’s statement on the exchange.

With Bush’s tweet all but announcing his run, expect the media timeline for wall-to-wall coverage of 2016 to move up, with most networks beginning to cover who’s going to run/not run beginning in early 2015.