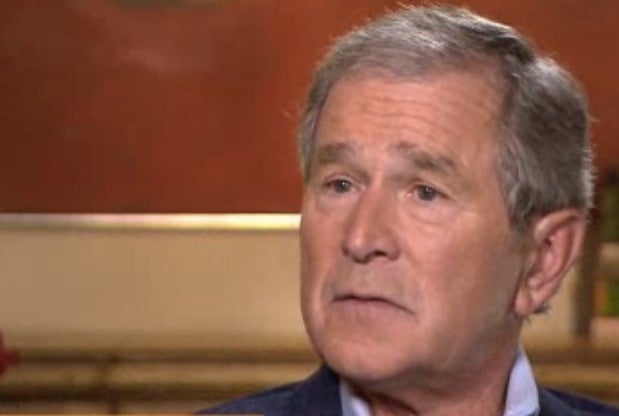 George W. Bush is hoping for Bush 3.0, and he told NBC’s “Today” show his brother Jeb has the vision to be president Monday.

“I’m about to say something on your TV show that says I hope he runs,” the former president told Savannah Guthrie. Bush followed that he doesn’t know whether his brother Jeb has made a decision about 2016.

Bush the elder rejected the idea that negativity toward him might halt his brother’s White House ambitions.

“I don’t think it has anything to do with me, I think it really has to do about him,” he said.  “This man has got a vision, and can articulate it. He’s good, really good.”

The 43rd president surely means well, but if his brother decides to run for president, it’s all but definite sound bites like this from prominent morning shows and TV interviews will cover TV commercial ads from Democrats, linking the polarizing former president with Jeb.