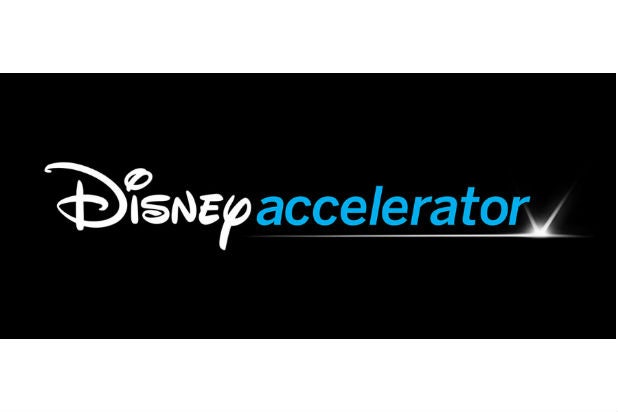 If you wanted to catch a glimpse of the future, there was no better spot than the main theater at Walt Disney Studios on Tuesday afternoon.

Disney Chairman and CEO Bob Iger applauded the achievements of the entrepreneurs behind 10 startups supported by Disney Accelerator powered by Techstars as they presented their businesses to an audience of industry and investment executives on Tuesday’s Demo Day.

“Tech has the power to disrupt a number of our businesses,” Iger told the audience, as he described working with participants in the Accelerator as “a mutually beneficial process.”

The afternoon was the culmination of 15 weeks of work where accelerator participants completed immersive program with access to mentorship from more than 60 Disney executives as well as 70 entrepreneurs and investors from the business community. They also received up to $120,000 in investment capital to develop their companies and special access to Disney resources from across the company.

“They’ve energized us, opened our eyes to all kinds of new ideas,” said Iger, and noted that Disney Accelerator is a program that “we fully intend to continue at this company.”

David Cohen, CEO of Techstars which runs the accelerator program on behalf of the studio, hoped that his company’s philosophy played a part in the startups’ success stories.

‘Techstars has a mantra,” said Cohen. “Give first. … You just help entrepreneurs and amazing things happen.”

See photos: The Evolution of Angelina Jolie: From a ‘Girl, Interrupted’ to a Disney Villain Reconstructed (Photos)

The excited entrepreneurs each presented their high-tech business concepts through a combination of big-screen visuals and a TED-style pitch to both inspire the audience and attract the interest of one of the many investors in the audience.

Several of the startups celebrated significant milestones during their presentations. Smart Toy — which makes toys that teach, talk, and interact — announced that it has been acquired by Cartwheel Kids, a Los Angeles-based manufacturer of children’s products. The company also introduced the audience to its cuddly stuffed animals with a smart chip that allows a toy to get to know a child.

SnowShoe, which allows a user to touch plastic (like in a toy) to a smartphone and unlock digital content, announced that it had secured $2.2 million in seed financing. Fledgling companies Choremonster, which adds gamification to kids’ chores, and Codarica, which teaches young kids to code, both launched mobile apps.

A startup called TYFFON was looking to take the “selfie” to the next level. The app already allows the user to take a selfie and transform themselves into a realistic-looking zombie. After working with Disney, the app now provides the ability for users to make themselves look like characters from Disney IPs, including Chewbacca, Jack Sparrow and Elsa from “Frozen.”

“We are in the business of putting you into entertainment,” said TYFFON co-founder and CEO Ken Fukazawa, who believes that where the selfie is going next will be big business.

And what’s the future without robots?

Startup Sphero created incredibly fast-moving robots that can be controlled from a smart device. While they’re already on sale at places like Best Buy and the Apple store, they were able to announce that they will be working on a Star Wars-related project coming up, but were unable to disclose the details.

“You have to build products that kids want,” CEO Paul Berberian told TheWrap. “At Disney, they have a little radar about success in the market.”

“This group of startups has made tremendous progress evolving and growing their businesses in the past 15 weeks,” said Kevin Mayer, Disney’s executive vice president for corporate strategy and business development. “It has been a fantastic learning experience for them and an opportunity for Disney to get in on the ground floor with a new generation of innovators.”

After the presentations, the entrepreneurs and investors gathered to talk shop outside the theater.

“I’m incredibly stoked for our 10 companies,” Cody Simms told TheWrap. Simms is managing director at Techstars and recently named one of TheWrap’s top 10 innovators of 2014. “The growth these companies have shown has been phenomenal. …Working close with Disney was really powerful.”

It was an experience that the entrepreneurs echoed.

“There was a lot of validation for our idea,” said Dan Altmann, CEO and co-founder of Naritiv, an analytics platform that helps companies create narratives for their brands with apps like Snapchat. “We could ask our mentors ‘are you seeing this as a problem in the marketplace?'”

“We wouldn’t have raised our round of financing without the accelerator,” SnowShoe CEO Claus Moberg told TheWrap. He added that next he’d like to build it into a billion dollar company.

ChoreMonster: Unites parents and kids with the most ridiculously fun and motivating family framework, so every home is a joyful place. choremonster.com

Jogg: A mobile video platform that changes the direction of how we engage our audience. joggapp.co

Narativ: A marketing and analytics platform for micro-content, starting with Snapchat. naritiv.com

Smart Toy: A learning toy that talks and listens to kids. Smart Toy can be customized to know your child’s name and teach lessons. smarttoylabs.com

Sphero: The connected play company, fusing digital and physical play by creating toys and robots that you control with a smart device. gosphero.com

TYFFON: Makes entertaining apps that put you in the center of the fun — founded by the creators of the ZombieBooth series, with nearly 30 million downloads. tyffon.com