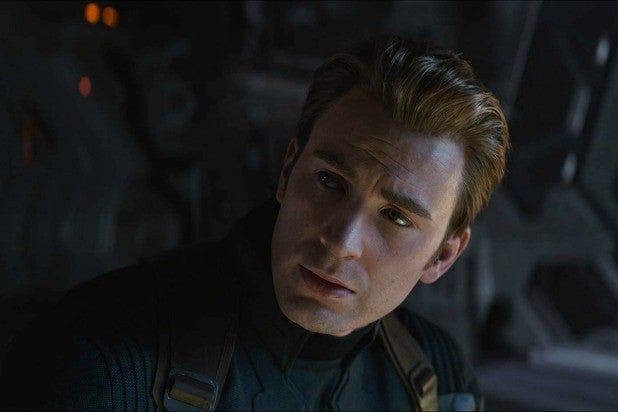 (There are some big spoilers for “Avengers: Endgame” below.)

There wasn’t much we knew for sure about how “Avengers: Endgame” was gonna go before we saw it, but something we did know was that somehow, some way it was going to be the last ride for Iron Man and Captain America. We knew that Chris Evans and Robert Downey Jr were done with the Marvel Cinematic Universe after that movie, so their exits wouldn’t be a surprise.

But the how of it was definitely up in the air. Tony Stark in particular seemed like a prime candidate for a heroic death given his personal arc over the many movies he’s appeared in. It would also make sense for Captain America to die heroically, but would Marvel be willing to kill off the MCU’s two main heroes in quick succession?

It turned out the answer to that question was no. They let Tony have all the death glory, while putting Steve out to pasture in a way that makes no sense either from a character standpoint or a logic one. Let’s break it down.

Also Read: 'Avengers: Endgame' - Who Is That Random Kid At the End of the Movie?

(Hey, so, the spoilers are about to flow freely here. So if you’re a person who doesn’t want to know about this stuff but have made it this far anyway, you should probably leave.)

So what they ended up going with for Steve’s exit actually mirrors pretty much exactly a fan theory that’s been circulating for a while: that Steve would travel back to 1945 and live out his life in peace with Peggy Carter (Hayley Atwell) before showing up again in the present as an old man. That is, seemingly, exactly what he did. But this isn’t a satisfying ending for Cap — it’s just weird and totally out of character. And it doesn’t work with the time travel rules set by the movie. Let’s break it down.

Let’s start with the most important issue: It’s pretty out of character for Captain America to just bail on his job, and it’s especially out of character for him to bail on his job like this. Going to the past to retire with Peggy would mean that he has to sit by while all sorts of bad things happen that he knows will happen. He gets a front row seat to Hydra taking over SHIELD and fomenting all sorts of evil. He lives the good life while Bucky (Sebastian Stan) is being used and abused as the Winter Soldier for 70 years.

With great power comes great responsibility, and Cap chose to spend the vast majority of his life simply not taking responsibility? Also, remember that whole “I’m with you to the end of the line” thing between him and Bucky? Guess that wasn’t real. Cap, at about 39 years old if you subtract his time in the ice, just gave up and chilled out until he was too old to help out anymore. This is just not something that the Steve Rogers that we’ve gotten to know over the past eight years would do. And it’s insulting to the character not just to put him out to pasture like this, but to have it be his choice.

On the home video commentary track for “Endgame,” the Russo brothers and screenwriters Stephen McFeely and Christopher Markus defend this aspect of Cap’s ending. As we got to this scene at the end of the movie, they talked about how this was one of the first things they wrote for “Endgame,” apparently heading off the criticism that Cap’s ending felt tacked on.

“It never changed. Both Tony and Cap’s endings were very clear throughout the entire process,” Joe Russo said. “You cannot tell a story between two films unless you understand the ending of the second film.” McFeely echoed that sentiment: “We put stakes in the ground and drove at them.”

Later, they specifically address the idea that Cap’s decision to retire would be wrong. I’m just gonna type out the full exchange here, which begins during the final scene in which Steve and Peggy finally have their dance and continues into the credits.

Joe Russo: “It’s Tony who gives him this gift. It is Tony who tells him that he needs to get a life.”

McFeely: “And Tony dying gives him this gift as well.

Joe Russo: “Tony repairing the universe and sealing the fate of Thanos is what allows Steve to make that choice and pass the mantle on to someone else who has that hope and beliefe as you were saying about Sam, is that Cap went on that journey, and that journey had disillusionment and it led to him becoming an insurgent, and then finding his way back again to help complete the original mission of the Infinity Saga.”

McFeely: “To complete it, it’s gotta be okay for the soldier to put down his shield.”

Joe Russo: “And move on from the war.”

McFeely: “That’s why you fight, so that you can end the fight.”

Markus: “He is a World War II soldier who has finally come home. It took a long time but he finally got there.”

All this would be fine without the context of the MCU — the fact that Cap is returning to the past to live through all the horrible things he knows are going to happen, and also the fact that this is not like a soldier returning from war because the war is only temporarily over. The MCU will continue, and the existential threats will only continue to add up. Cap knows this, and is telling them that under no circumstances is he going to help deal with any future threats. It’s one thing to take a long vacation — it’s something else entire to voluntarily and permanently peace out of the whole universe. A soldier returning from war knows he might get called back to war someday, but Steve isn’t allowing that possibility.

And on top of all that, we’ve got lots of time travel nonsense to deal with — starting with the way this scene doesn’t make sense because of the way he showed up again at the end. According to the rules of time travel set up by “Avengers: Endgame” itself, Cap going back to the past and getting with Peggy would create a divergent timeline and he would no longer be a part of the universe of the movies. Which would mean that in order to return to the present day timeline of “Endgame” he would have to use his time travel device.

If Cap showed up on the time travel platform as an old guy, this scene could be playing by the movie’s own rules. But since he was just hanging out on a bench when they noticed him, it seems to be implying that he simply lived out his life and showed up at the right moment. He’s certainly not wearing the time travel device in that scene.

And since Cap is probably too old-fashioned to engage in polyamory, his marrying Peggy would probably mean that she never married the man that she married in the main timeline, and the kids she had with that guy never existed. So Steve accidentally went back in time and erased Peggy’s children from history. That also doesn’t really seem like a very Steve Rogers thing to do.

I’ve heard the argument that Steve might have actually been Peggy’s unnamed husband that was mentioned in “Winter Soldier” this whole time, and that also doesn’t fit with the rules set by the film. When our heroes travel to the past in “Endgame,” they are creating new versions of events rather than doing stuff that was happening in the background of previous films that we didn’t know about. It doesn’t follow that the quantum mechanics of the MCU as demonstrated in the rest of this film would be different only for Cap.

On top of all that, let’s get even more nit-picky by noting that when Cap left to return the Infinity Stones to where the Avengers took them, he went only with the literal stones. Which is pretty problematic because he would need to return them in their original forms, not as crystals. So the Space Stone would need to be the Tesseract cube, and not only would he have to return it to 1970, but he’d also have to prevent Loki from escaping with it in 2012 to prevent whatever bad things he’s gonna do. The Mind Stone would need to be in the Scepter. The Reality Stone would have to be a liquid that he would have to inject back into Jane Foster (?!?!) somehow. The Power Stone would be in its orb shell.

I can’t even begin to guess how one would return the Soul Stone to its place on Vormir. But the Time Stone, at least, he could just hand over to the Ancient One as is.

And don’t even get me started on the logistics of returning the stones at the exact moment they were taken, as Hulk instructs him, without any help from anyone.

So, yeah, this whole thing is a super-weird mess. It doesn’t fit at all for Cap as a human being, and it doesn’t fit with the time travel rules, and it really just doesn’t seem all that well thought out, opting for emotional fan service at the expense of any kind of narrative coherence. They should have just killed off “Captain America” in the final battle in “Avengers: Endgame” instead. It would have, at least, spared me the pain of having to try to parse all this stuff.