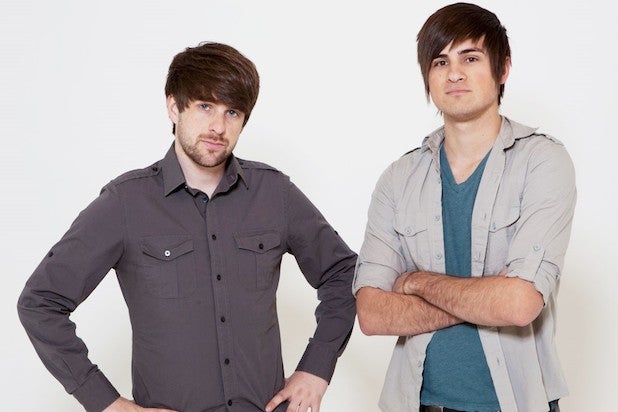 For Brian Robbins and AwesomenessTV, this is just the beginning.

The founder and CEO of the massive multi-network channel celebrated the sale of “The SMOSH Movie” to Lionsgate on Thursday, but also looked to the future — where he believes online content makers and distributors will take the place of traditional movie studios in creating new stars.

“I was having this conversation with Jeffrey Katzenberg, that 10 years ago, the studios were making movies and creating stars,” Robbins told TheWrap. “You made a movie with Adam Sandler, say ‘Billy Madison,’ that movie did a little bit of business, then they made ‘Happy Gilmore,’ etc. That happened with Tom Hanks and Tom Cruise, and studios were in the business of creating stars. It doesn’t exist anymore because we don’t make as many movies as we did. So what’s happening now is that these stars are being made online, because they have control of their own distribution and they find an audience that engages with them.”

SMOSH, comprised of Anthony Padilla and Ian Hecox, certainly qualify as self-made stars; their channels boast over 30 million combined YouTube subscribers, 19 million social followers and 12 million monthly unique website visitors, while their apps and other products have been downloaded over a million times.

Robbins, who has directed films such as “Varsity Blues,” plans on converting that small-screen fame into movie stars — with four to six films per year in the not-too-distant future. TheWrap talked with him about AwesomenessTV’s footprint in the space, its evolving strategy and more.

So how do you do that?
We’re not there yet and we don’t have a release date so I don’t want to get too ahead of myself, but if you just look at it and say, SMOSH has a very big platform, actually multiple platforms, and a big footprint. Awesomeness has a very big footprint, (co-producers) DEFY Media has a big footprint. I think there’s not going to be anybody that’s not a fan of SMOSH, YouTube or this genre of comedy, that’s not going to know about this movie. And that’s before the traditional $20-30 million traditional spending.

Given the rise of new distribution models, from VOD to streaming, and your audience, does it make sense to distribute this solely through theaters? Do you have an alternative plan?
I think online is very possible. We haven’t figured out what the exact release strategy is going to be. I think we’ll look at all the ways movies are distributed and I’m sure we’re going to find the right way to do it — it might be the old-fashioned way or newfangled. It could be day and date, theatrical and premium VOD at the same time. I don’t think it’ll be a pure traditional release, it’d be silly to do that.

I hope that we don’t, because I think there’s so many ways that this audience consumes content, not just at the movie theater. For my kids, it drives me crazy, but they don’t have a problem watching a movie on their phone, even when there’s a big flat-screen TV in their room.

So is this just the beginning, or just a unique opportunity?
This is the first of many to come. We’re in production on one now that you’ll be hearing about soon. Next year we hope to make four to six of these.