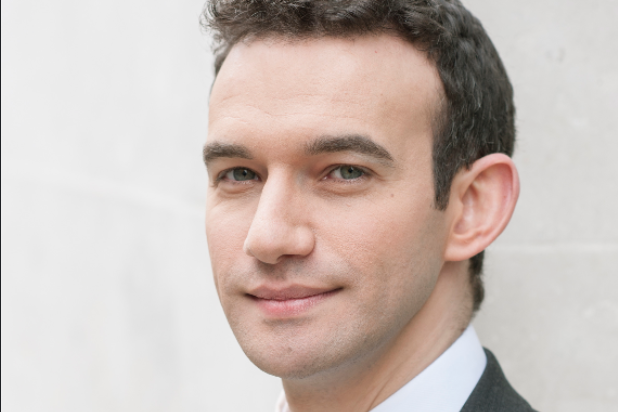 BBC World News journalist Ben Bland has been named the host of BBC and Quibi’s “Around the World,” TheWrap has learned exclusively.

“Around the World by BBC News” — along with the rest of Quibi’s Daily Essentials and shows — will premiere April 6 and, like Quibi’s other offerings, is made for short-form mobile viewing.

According to a release, the show was designed “for audiences looking to get an overview of the world’s biggest stories in one quick fix” and will offer an “alternative” to the U.S.-based focus of the other news programs on the platform.

“We are really excited to be working with Quibi from launch as their international news provider. As a leader in digital news for US millennial audiences, it makes complete sense for us to be in Quibi’s Daily Essentials line up, providing its audience with trusted, accurate and impartial coverage of the big stories happening around the world,” a statement from Chris Davies, BBC Global News’ executive vice president of marketing and distribution, reads.

Victoria Fritz will join the team later in the year when she’s back from maternity leave.

Bland and Fritz are both familiar faces to BBC viewers. Bland has been a regular host on BBC World News and serves as a specialist business reporter, as well as fronting business and economics bulletins for UK and global audiences. Fritz is an award-winning news correspondent, who currently anchors the BBC program “The Briefing.”

The BBC is Quibi’s international news partner. Quibi, the $1.75 billion streaming startup from Jeffrey Katzenberg and Meg Whitman, has been gearing up for a massive launch, with millions of dollars of advertising in play and high stakes investors, including Disney and WarnerMedia, waiting to see if the concept can scale on the order of Netflix. A 30-second ad during the Super Bowl cost an estimated $5.6 million.