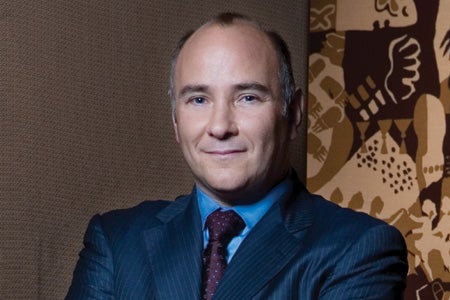 SEE ALSO: Beckman Grilled on Why He Left

Richard Beckman is leaving Condé Nast to become CEO of e5 Global Media, the new owner and publisher of the Hollywood Reporter, Billboard and Adweek.

Beckman, longtime Condé executive and chairman of the publisher’s Fairchild fashion group, broke the news to Si Newhouse at 9 this morning, a source at the company said.

A successor for his slot has not been named. Beckman’s last day is Friday, a Condé Nast representative said. The news of Beckman’s imminent departure was first reported by the New York Post.

Financial terms of the deal were not disclosed, but according to one source, the price was said to be in the $70 million to $75 million range.

Beckman — who earned the nickname "Mad Dog" for his hard-charging management style — is leaving Condé Nast at a critical time. The mega-publisher had a brutal 2009, losing close to a billion dollars in ad revenue, shuttering some titles and laying off hundreds of employees in a dramatic cost-cutting effort engineered by the high-powered McKinsey consultancy.

Yet there are signs that 2010 could be a better year at 4 Times Square — even as the notoriously stubborn publisher is making concessions on the prices it charges for its ads.

Beckman’s tenure at Condé Nast was 24 years — but it could’ve been a lot shorter.

In 1999, Condé Nast agreed to a seven-figure out-of-court settlement to avoid a lawsuit against Beckman, then a publisher at Vogue.

Beckman "allegedly butted ad director Carol Matthews’ head into another female staffer’s at a sales meeting in an attempt to get the two to kiss — and broke Ms. Matthews’ nose," according to Ad Age.

"The dispute concerning the incident involving Richard Beckman and Carol Matthews has been resolved amicably and the terms of that resolution are confidential by agreement of all parties," Conde Nast said then in a statement to the New York Times. "Nevertheless, Richard Beckman acknowledges some inappropriate behavior on his part and is seeking counseling to address that issue."