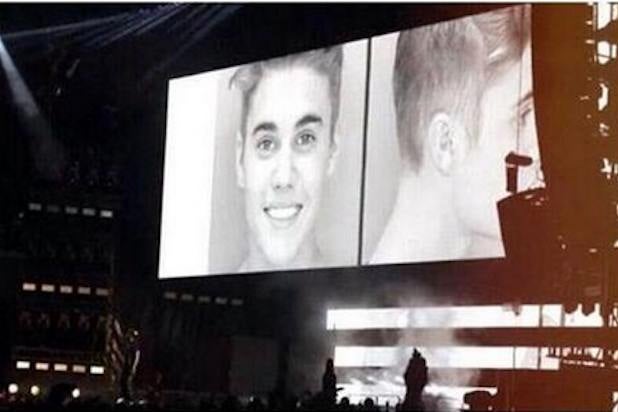 Beyoncé and Jay Z reminded their fans during their first stop of the “On the Run” tour that “even the greatest can fail” — specifically, Justin Bieber.

The troubled pop star’s mugshot flashed on the screen along with other famous faces in police custody, including Tupac Shakur, during the 42-song set in Miami on Wednesday.

According to concert goers, Beyoncé dropped the insult — or maybe just a nugget of wisdom (or warning?) — as Bieber’s pearly whites hit the screen.

BEYONCE SHOWED JUSTIN’S MUGSHOT AT HER CONCERT AND SAID “EVEN THE GREATEST FALL” pic.twitter.com/GQI5ivD7RW