Plenty of people may have thought Whoopi Goldberg deserved the two-week suspension she received this week from ABC’s “The View” because of her recent erroneous comments about the holocaust. But on Friday’s “Real Time,” Bill Maher defended Goldberg and said the punishment was “insulting.”

Maher, who said he considers Goldberg a friend, mainly defended her on free speech grounds. But he also advanced the idea that it’s important to understand that Black people and white people in America have very different perspectives that can often be shocking, and that’s OK.

So for those of you catching up, on Monday’s episode of “The View,” Goldberg said that the Holocaust “isn’t about race.” Now, she wasn’t denying that the Holocaust happened, nor did she deny that the Nazis first and foremost were targeting Jewish people. But, she did say, “It’s about man’s inhumanity to man. That’s what it’s about.” Later she argued that her point is it involved different groups of white people, which made it in her view different from the sort of racist violence seen in American history. 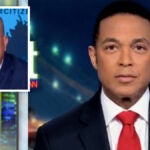 Obviously — obviously — this caused considerable uproar, with many people pointing out that ideas about race as we understand them today differ considerably from how Nazis (or Europeans generally) organized their hierarchy of hate in the past, and that Nazis in particular definitely considered Jewish people to be a different race.

Goldberg apologized a couple of times but ended up digging herself a bit deeper of a hole and the next day, ABC News president Kim Godwin suspended Goldberg from the show for two weeks.

Goldberg also frequently criticizes Maher for the things he says on his show, including about two weeks ago. So Maher kicked off the discussion of the matter by noting people assume he would be gloating about it.

“I got so many texts this week because she attacked me the week before, everybody was like ‘Oh Bill I bet you’re enjoying the karma,” he said. “First of all… there is no f—ing thing as karma. OK? Get over that. Whoopi attacks me on a regular basis, she says stupid s— on a regular basis, it just happened to coincide.” 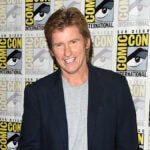 “But, can I just say this?” Maher continued, bringing up that a recent guest was prominent ACLU member Ira Glasser. “Goldberg — who by the way I hope is still a friend, we can disagree with each other — should not be canceled, or put off her show, as much as I totally disagree with her crazy statement. Free speech. She should be there. She shouldn’t get a timeout.”

Later in the segment, he continued: “Can we just understand that part of our sorry racial history in this country, is that the point of view from a Black person is often going to be very different and sometimes shocking to a white person?”

Maher then quoted Goldberg’s comments regarding former NFL quarterback Michael Vick from back when he was sent to prison for animal abuse. In 2007 on “The View,” she said: “He’s from the South, from the Deep South… This is part of his cultural upbringing… For a lot of people, dogs are sport. Instead of just saying heis a beast and he’s a monster, this is a kid who comes from a culture where this is not questioned.”

About that, Maher noted he’s a “lifelong PETA member, also somebody that believes the Nazis were very very racist,” then added “you see the point here? I don’t agree with her on Michael Vick, but we grew up in two different worlds. Which the white people imposed upon the Black people. They are going to sometimes have a very different opinion. And the answer is not to make them sit in a corner for two weeks.”

Maher then quoted from Godwin’s statement regarding Goldberg’s suspension.

“That is insulting, it’s so insulting, to make a 65-year-old — I mean the person at ABC said ‘I’ve asked her to take time and reflect, and learn about the impact of her comments.’ Reflect. How insulting for someone of her age, who’s a sophisticated person,” Maher continued. “And ‘the impact of her comments,’ there is no impact. There aren’t neo-Nazis waiting for the green light from the lady on ‘The View’ to go out and do a new Kristallnacht.”