CNN anchor Don Lemon paid his respects on his Friday night show to honor his former boss, Jeff Zucker, who turned in his resignation on Wednesday, calling him the “backbone, the glue and the spirit of this company.”

“Personal message that I want to deliver at the top of the show,” Lemon began on Friday’s “Don Lemon Tonight.” “Lots of folks have been watching, wondering what’s happening. It’s been a really tough day today, and a tough few days for us here at CNN. All week really. I didn’t want to talk about it until tonight. So, the truth is we’re all heartbroken because we lost our leader here.” 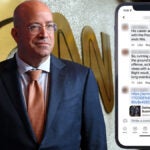 He went continued: “We lost the man who was the backbone, the glue and the spirit of this company. The man I personally credit with changing my life, a man who believed in me when nobody else did. He’s the reason that you have a gay Black man with two hours of primetime. A show with my name on it. The only anchor of color in primetime on cable news. Think about that. You want to talk about diversity? Here it is: it has been hard to come into work this week, not only for me but for so many of us here at CNN, my colleagues – 3,000 of us. More than 3,000 of us.

“So, let me just say this to my colleagues who may not have been here as long as I have, the younger folks, who haven’t weathered these storms: I’ve been at this network for almost 16 years. We have been through ups and downs, ratings highs, ratings lows. Everything. Regime changes. We’ve been through a lot. And through it all, our mission has remained the same, to deliver the facts, to deliver the news. It is what we did when Ted Turner turned the lights on here. It is what we did through two Gulf wars, through 9/11, through Katrina, through an insurrection.” 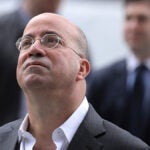 Lemon paused, took a deep breath and then went on. “Jeff Zucker may not have launched this network, but he revived it. He made it relevant again. He steadied it for the last decade. He left us with a very good blueprint going forward. So, for all of you at home watching, you should know that I and my colleagues will continue to do exactly what he would want us to do, and that is to do what I am going to do right now: deliver the news no matter what it is without fear or favor.

You can watching Lemon’s homage to Zucker in the video above.

Zucker announced his resignation Wednesday in an email sent to all staffers worldwide. He is leaving immediately.

“As part of the investigation into Chris Cuomo’s tenure at CNN, I was asked about a consensual relationship with my closest colleague, someone I have worked with for more than 20 years. I acknowledged the relationship evolved in recent years. I was required to disclose it when it began but I didn’t. I was wrong,” he wrote. “As a result, I am resigning today.” 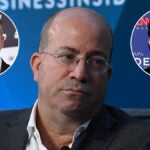 Although Zucker did not disclose at the time the name of the colleague with whom he had the “consensual relationship,” hos resignation comes a few weeks after tabloids ran with reports that he has been dating Allison Gollust, CNN’s executive vice president and chief marketing officer, for years.