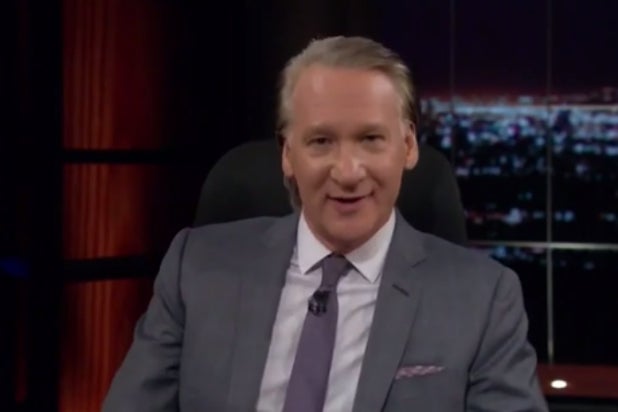 Bill Maher saved the best — and most controversial — “New Rule” for last on Friday’s “Real Time.”

The HBO host used his platform to argue for personal privacy in the wake of the Donald Sterling taped racist rant scandal. Maher managed to land a few jokes along with his more serious point.

First, the funny: “If the Donald Sterling mess proved anything, it’s that there’s a force out there just as powerful as Big Brother: Big Girlfriend.”

Also read: Donald Said All That Racist Stuff So He Could Have Sex With His Black-Mexican Assistant, Says Donald Sterling

Then things got somewhat more real. “Now, last week when President Obama was asked about the Sterling episode he said, ‘When ignorant folks want to advertise their ignorance, just let them talk,'” Maher began. “But Sterling didn’t advertise, he was bugged. And while he might not be worth defending, the Fourth Amendment is.”

“That’s the one that says we have the right to be secure in our person, in our homes, in our property,” the comedian continued. “Well, not if bitching to your girlfriend in your home loses you your property.”

The crowd and “Real Time” panelists were hesitant to laugh or clap — or do anything.

Maher went on to bash pundits who have suggested that the takeaway is to keep your trap shut when it comes to unpopular or offensive opinions: “For the record, speaking my mind is absolutely everything it’s cracked up to be,” he said.

“Who wants to live in a world where the only privacy you have is inside your head?” Maher continued. “That’s what life in East Germany was like, that’s why we fought the Cold War, remember?”

“There’s a reason houses have doors and windows have shades,” the comic concluded.