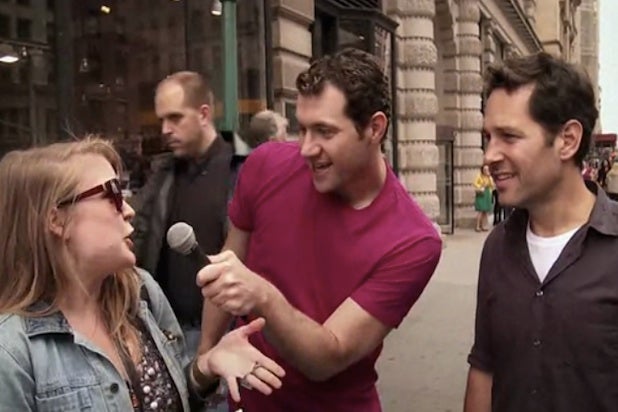 Fuse TV’s Billy Eichner pimped Paul Rudd around the streets of New York and yelled at unsuspecting passerby to see if they would hook up with him.

“Miss! Miss! For a dollar, would you have sex with Paul Rudd!” Eichner crowed at one woman. He also propositioned men.

Rudd smiled along uncomfortably as Eichner objectified him.

“I’m sorry you’re being paraded around the street like this,” said one unidentified interviewee.

As of press time, there was no word on whether Rudd and the man ultimately got busy.