Optimism is growing around Warner Bros./DC’s “Black Adam,” the first superhero film for lead star Dwayne Johnson. Rival distributors and analysts tell TheWrap that the first round of box office tracking has the blockbuster earning an opening weekend of over $70 million, which would be the highest opening weekend the industry has seen since Disney/Marvel’s “Thor: Love and Thunder” three months ago.

Johnson has been seen for years as one of the few remaining movie stars that could drive box office numbers on his own, but “Black Adam” is new territory for him, placing him in the lead role of a film that’s part of one of Hollywood’s biggest franchises. If it does meet or exceed tracking, “Black Adam” would set a new career record for Johnson in a lead role.

A rep for Warner Bros., which has yet to release its own projections for “Black Adam,” had no comment for this story.

So far, Johnson’s top three opening weekends have come as part of the “Fast & Furious” franchise, where he co-starred as former secret agent Luke Hobbs opposite the series’ longtime main star, Vin Diesel. In fourth on his career list is his debut blockbuster, “The Mummy Returns,” where he played the film’s villain, The Scorpion King, opposite Brendan Fraser as it earned a $68 million opening in 2001. 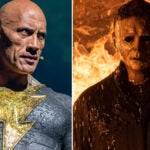 Among films in which Johnson has top billing, the biggest opening belongs to “Hobbs & Shaw,” a “Fast & Furious” spinoff focused on Luke Hobbs and his new partnership with former “F&F” villain Deckard Shaw, played by Jason Statham. “Hobbs & Shaw” opened to $60 million in August 2019, going on to gross just under $174 million domestic and $760.3 million worldwide.

“Black Adam” will have a hard time matching the global total of “Hobbs & Shaw” without a release in China, but rival distributors tell TheWrap that they are optimistic that Johnson’s DC debut can top $200 million in North America. Though the film only has a three-week window before the release of “Black Panther: Wakanda Forever” on November 11, there’s confidence that the film could perform similar to last year’s “Venom: There Will Be Carnage” ($80 million opening/$213.5 million domestic) if audience word-of-mouth is strong.

The success of “Black Adam” would be a welcome relief for both Warner Bros. and movie theaters, both of which have taken a lot of hits in recent months. Box office totals in September sank to just $319 million, the lowest for the month since 1997, as the meager number of wide releases in the end-of-summer period failed to attract a wide audience. 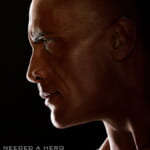 Also Read:
Dwayne Johnson Will ‘Kneel Before No One’ in First ‘Black Adam’ Trailer (Video)

Warner, meanwhile, has faced one PR nightmare after another when it comes to DC, facing fan outrage when the studio announced that it was cancelling the release of the HBO Max film “Batgirl.” Outside the backlot, “The Flash” star Ezra Miller has had numerous arrests for their erratic and violent behavior, with Warner deciding not to recast Miller in the already-completed film as they have entered therapy for “complex mental health issues.”

Warner Bros. Discovery CEO David Zaslav has promised in investor calls that he will implement a 10-year plan for DC after restructuring of the studio is complete, but as TheWrap’s Umberto Gonzalez reported, Zaslav is struggling to find a new head for DC Films to replace the outgoing Walter Hamada. Warner had been in talks with producer Dan Lin for the role, but talks fell through.