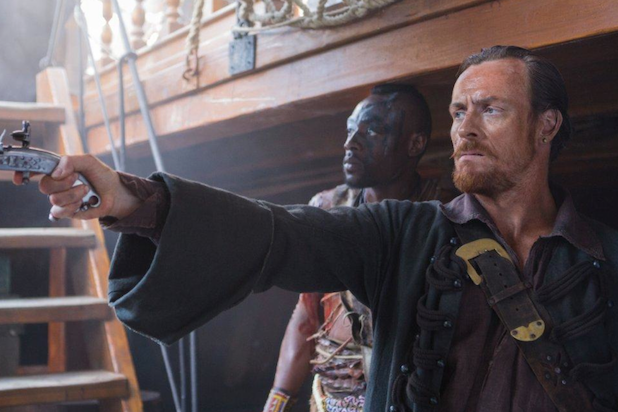 When Starz’ new pirate drama “Black Sails” sails onto screens this month, it will drop anchor on YouTube.

Video entertainment network Machinima will air the show’s first episode on January 18, the cable channel and the new media company said on Monday. That will be a whole week before it premieres on Starz.

“Black Sails” is a prequel of sorts to “Treasure Island,” centering on Captain Flint (Toby Stephens) and his mentorship of a young John Silver (Luke Arnold).  In a vote of confidence, Starz has already picked up the series for a second season.

As part of a wider partnership, Machinima will also show trailers and other pieces of content related to the show.