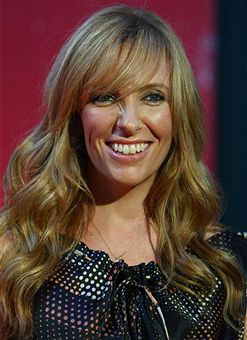 In today’s Callbacks — your daily roundup of casting news from Deal Central —  Toni Collette and Michael Sheen have a son in common, Adam Scott reunites with "Party Down" producer Paul Rudd, Summer Glau adds some estrogen to "Knights of Badassdom," "Law Abiding Citizen" director F. Gary Gray is in talks to work with Jamie Foxx again, Nico Tortorella is more excited about "Scream 4" than Neve Campbell’s accountant and Steven Soderbergh’s "Knockout" gets retitled.

Previously on Deal Central: Tom Hiddleston lands one of the lead roles in Steven Spielberg’s "War Horse" and "Harry Potter" director David Yates weighs a trip to Middle-earth with "The Hobbit."

Dennis Lee directs from his own script which is based on his student Academy Award-winning 2003 short film.

The story follows a boy genius who was conceived in a Petri dish and raised by a loving, left-wing feminist. His world is turned upside down when he learns he has a half-sister, a discovery that leads him toward his biological father.

Collette will play a feminist who dedicates her life and political beliefs to her son, the one man she truly loves.

Sheen will play an unhappy professor and author whose world is rocked when he’s told he has a son.

Paul Rudd stars as an idealist who wreaks havoc on the lives of his three sisters (Zooey Deschanel, Emily Mortimer and Banks) when he crashes at their respective homes. Rashida Jones co-stars

Scott is a gifted comic actor who previously starred in another movie about idiot brothers — "Step Brothers." He’s currently pulling double duty on Starz’s Rudd-produced sitcom "Party Down" and NBC’s "Parks and Recreation," and next appears in both "Operation: Endgame" and "Piranha 3-D." 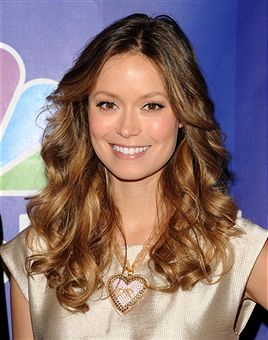 The actress joins Danny Pudi, Ryan Kwanten, Peter Dinklage and Steve Zahn in the film, which follows a group of gamers who inadvertently summon a demon from the depths of hell.

Lionsgate and Nu Image/Millennium Films are behind the action movie, which would reunite Foxx with his "Law Abiding Citizen" director, should the deal close.

Kyle Ward adapted the script from the Eidos videogame. The story pairs a mercenary named Kane (Willis) with a rage-prone killer named Lynch (Foxx). They’re given 72 hours to travel the world and recover a doomsday device before Kane’s kidnapped wife and daughter are killed by the criminals who broke them out of prison.

I enjoyed Gray’s first three films — "Friday," "Set It Off" and most of all, "The Negotiator," but since then, all of his movies have left me disappointed. I felt jobbed by "The Italian Job," "Be Cool" wasn’t, and despite a delicious Gerard Butler performance, "Law Abiding Citizen" was a bit of a thematic mess. I don’t expect "Kane and Lynch" to break any new ground either, and it would probably be a lot more fun as a Wayne Kramer concoction of crazy.

Adrian Askarieh and Daniel Alter will produce with David Willis and Stephen Eads. 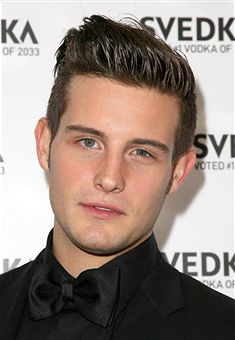 • "The Beautiful Life" star Nico Tortorella has joined the cast of Wes Craven‘s "Scream 4," the actor announced on Twitter.

"Huge news today!!!! Just officially got cast in scream 4!!!! Today is always the best day of my life." Judging by the number of exclamation points, I’d say he’s excited. And really, why shouldn’t he be?

Slash Film speculates that Tortorella will play Trevor Sheldon, a handsome, high school jock who is quiet yet intense, as though a secret hangs over his head." Ooooh, what could it possibly be? By the way, there’s no way this kid is the killer. He just doesn’t have that homicidal look favored by Skeet Ulrich, Matthew Lillard, Timothy Olyphant and Scott Foley.

Tortorella previously starred on "Make It or Break It" and will appear in Joel Schmacher‘s "Twelve" later this summer. He also looks just like a young Richard Kelly (director of "Donnie Darko").

• And finally, speaking of Twitter announcements, it seems that Steven Soderbergh‘s "Knockout" has been retitled "Haywire," according to Soderbergh’s "Girlfriend Experience" star Sasha Grey, who retweeted the director’s wife, Jules Asner.

I suppose anything’s better than "Knockout," but "Haywire" doesn’t sound any less generic. Title aside, ESPN anchor Rich Eisen was, apparently, a fan.

Lem Dobbs wrote the script for the film, which Lionsgate will release in January.