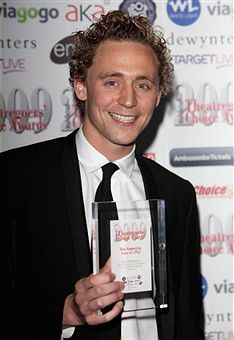 "Thor" star Tom Hiddleston has been cast as one of the leads in Steven Spielberg’s "War Horse."
The news appeared in the latest issue of Production Weekly, and was corroborated to TheWrap by a person familiar with correspondence related to the casting.
TheWrap’s calls to Hiddleston’s various representatives were not immediately returned, while a DreamWorks spokesman declined to comment.

Adapted from Michael Morpurgo’s acclaimed 1982 children’s novel, "War Horse" follows a young man named Albert whose beloved horse, Joey, is sold to the cavalry and sent off for active duty in World War I. Despite being too young to enlist, Albert heads to France to save his friend.

A London stage adaptation that has been running successfully since 2007 will also serve as the basis for the movie.

The casting makes sense to Deal Central, as Hiddleston is expected to break out next year in Marvel’s "Thor," in which he plays the title character’s adopted brother and nemesis Loki.  Rumblings from the set indicate that Hiddleston steals the show as the villainous God of Mischief.  He’s expected to reprise the role in "The Avengers."

A graduate of the Royal Academy of Dramatic Arts, the award-winning British actor is also set to star in Woody Allen’s upcoming "Midnight in Paris." 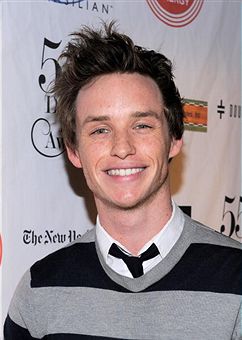 Additionally, The Playlist reports that Spielberg has cast Eddie Redmayne as the film’s protagonist, Albert.

Last week, DreamWorks told TheWrap (as well as the Hollywood Reporter) that Redmayne had not been officially cast, but The Playlist is sticking by its story, which cites sources close to the London production that starts shooting in August.

Redmayne previously starred opposite Julianne Moore in "Savage Grace," and also appeared in "Elizabeth: The Golden Age," "The Other Boleyn Girl" and "The Yellow Handkerchief." He’s best known to U.S. audiences for playing Matt Damon and Angelina Jolie’s son in "The Good Shepherd." Redmayne next stars in Starz’s upcoming historical miniseries "The Pillars of the Earth."

It’s nice to see Spielberg challenging himself again with tear-jerker material, and lining up two relative unknowns to boot. A filmmaker as talented as him needn’t always rely on A-listers such as Harrison Ford, Tom Cruise or Tom Hanks for his movies to have a universal impact.

Spielberg recently wrapped "The Adventures of Tintin: The Secret of the Unicorn," which will be released December 23, 2011, four months after "War Horse" due to its extensive post-production schedule. The last time Spielberg released two films in the same calendar year was 2005, when "War of the Worlds" earned nearly $600 million at the worldwide box office and "Munich" was nominated for Best Picture.