Nancy Tellem, one of CBS Corp. chief Leslie Moonves’ most trusted and longest-serving deputies, could be stepping down from her role as head of the Eye’s TV group. 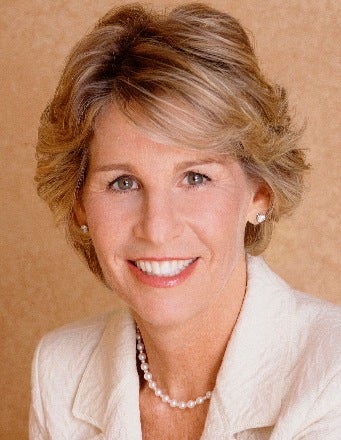 Tellem is in advanced talks with Moonves about taking on a new role at the company that would allow her to focus on broader, more strategic matters related to content creation and distribution, an industry executive familiar with the talks confirmed.

Nothing has been finalized, and the possible new role is still being discussed.

But, as a CBS insider familiar with the talks told TheWrap Tuesday morning, "At every new step in Moonves’ career, Tellem has been tapped for a larger role. And that will be the case here, if it happens."

Indeed, it’s understood that the conversations between Moonves and Tellem remain cordial and that Tellem remains part of Moonves’ inner circle. Tellem, however, may simply be looking for a new role for the next chapter of her career.

Early reports on blog Deadline.com Tuesday were that Tellem would move into a consultancy role within the next three weeks and that CBS Entertainment President Nina Tassler would take on more power.

But the executive familiar with the talks indicate that current conversations are focusing on Tellem remaining in the company — just not in her current gig.

A big question is whether Moonves will choose to keep Tellem’s position as president of the CBS Television Studios Entertainment Group. The gig gives Tellem oversight over a patchwork of different Eye divisions, from the network to the CBS production arm to business affairs.

It seems more logical Moonves would use Tellem’s vacating her current role to give more power to other key deputies, including Tassler and Kelly Kahl, CBS Primetime senior executive vice president.