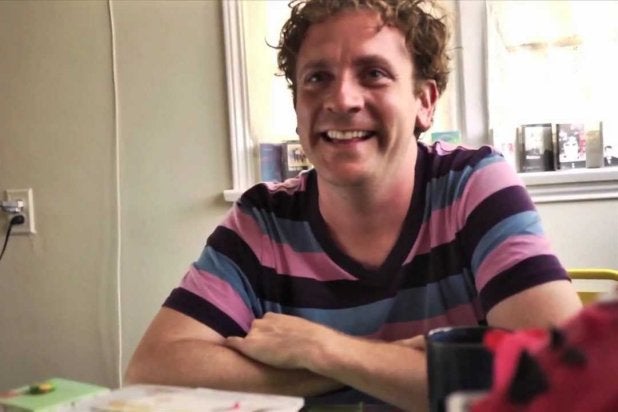 Drew Droege has officially joined the team as a contributing editor at Frontiers Magazine. Best known for his online video series where he impersonates Chloe Sevigny, Droege has been a frequent contributor to the magazine and its accompanying website since March.

The Groundlings and Upright Citizens Brigade alum was featured on the December 2013 cover of the magazine in his Sevigny persona. His video series was named one of the 50 best web series of all time by TimeOut New York, with The Advocate dubbing it “compulsively watchable.”

“I am beyond thrilled to join this delightful team of bandits,” Droege said of his new position. “This title has immediately gone to my head and further contributed to my behemoth ego.” Droege will continue to write for the publication, and live tweet major events like the Emmys and Oscars.

The actor and comedian recently made several television and film appearances, including “Drunk History,” “New Girl,” “House of Lies,” “Hot in Cleveland” and “How I Met Your Mother.” He’ll be in upcoming episodes of “Kroll Show” and “Bob’s Burgers,” and will be featured in the upcoming movie “Scouts vs. Zombies.”

Michael Turner bought New Frontiers Media Holdings in March, and since then has been revitalizing the 32-year-old pioneering LGBT publication into a leading destination for news, lifestyle, entertainment and health content. Droege joins as the team is revamping its editorial products and expanding into producing events and online television.