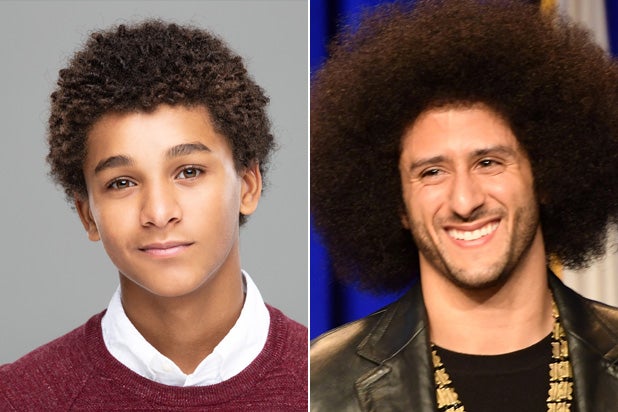 “The Get Down” actor Jaden Michael has been tapped to star in the Netflix scripted limited series as the football star and activist during his formative high school years.

Created by Kaepernick and DuVernay, the six-episode series will “provide an introspective look at Kaepernick’s adolescent years as a Black teen growing up with a white adopted family,” according to the streamer. “It will follow his journey to become a great quarterback while defining his identity and lending meaningful insight into the acts and experiences that led him to become the activist he is today.”

Kaepernick will serve as narrator on the series with DuVernay set to direct the first episode. DuVernay’s “When They See Us” collaborator Michael Starrbury writes and serves as executive producer.

In 2016, Kaepernick drew national attention beyond the realm of professional football when he began kneeling during the national anthem ahead of NFL games in protest of racial injustice in America. In the years since, Kaepernick has seen some crossover success in Hollywood, recently inking a first-look deal with Disney for scripted and unscripted projects including a docuseries about his career and activism.

“Colin in Black & White” was conceived by Kaepernick and DuVernay in 2019. They tweeted about the casting Tuesday morning, praising Michael and posting a side-by-side comparison photo. See the image below:

Collaborating with @Kaepernick7 on this series has been a proud journey. Thanks to @Netflix and our partner @StarrburyMike. A story about identity, imagination and intention. Congrats, @ItsJadenMichael! https://t.co/Y5REayxgLL