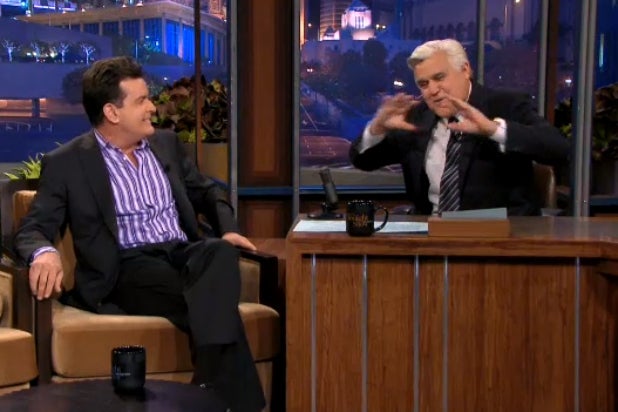 CBS’s announcement that the next season of “Two and a Half Men” will be its last brought an almost immediate question: Could Charlie Sheen return to say goodbye?

Also read: CBS New Schedule: ‘Two and a Half Men’ Ending, and So Is Midseason

“I would like to see whatever Chuck would like to do,” Tassler said. “He has assured us that he has a lot of surprises in store. I don’t know if that’s one of them.”

The show has slipped in recent years, and Angus T. Jones, the titular “half” man, exited after deciding the show went against his religious beliefs. But “Men” has still been a major hit for CBS. A huge show in syndication, it has an estimated value of a billion dollars.

Sheen, who was replaced by Ashton Kutcher, is presently starring in FX’s “Anger Management.”