Ahead of the release of “In the Heights,” director Jon M. Chu says he regrets casting South Asian characters in his film “Crazy Rich Asians” in stereotypical roles, wishing he did something extra to make them seem “more human.”

Though Chu’s film was celebrated for its representation and diversity on screen, primarily for the East Asian cultures at the center of the film, many of the darker-skinned South Asian characters are seen sparingly and only in parts such as servants or as guards. The film was criticized at the time in that regard, and Chu now addressed that criticism in an interview with Insider, saying he didn’t want to stray too far from author Kevin Kwan’s source material.

“That’s a lesson that I did not understand until it happened,” Chu said. “I was like, ‘This is a book that exists and I’m making this book into a movie.’ I can’t add a new character into this book.”

Chu referenced one scene in which Constance Wu and Awkwafina’s characters get lost on their way to a big party, only for their car to be surrounded by imposing armed guards.

“Looking back, I should have had a joke there [for the guards] being like, ‘These idiots’ [about the girls],” the director said about the scene. “There’s stuff to do to make them more human instead of just like these guards.”

He also said that while there are South Asian characters present at the big wedding scene at the end of the film, Chu didn’t make the pains to make them visible and included. He added that he hopes to “pay more attention to that stuff” in the future.

“I didn’t understand some of the other contexts to that. So hearing it from people, for me, it was a learning experience,” he said. “They’re just sort of there. I don’t give them the space to be there.” 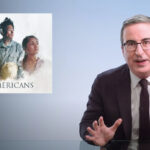