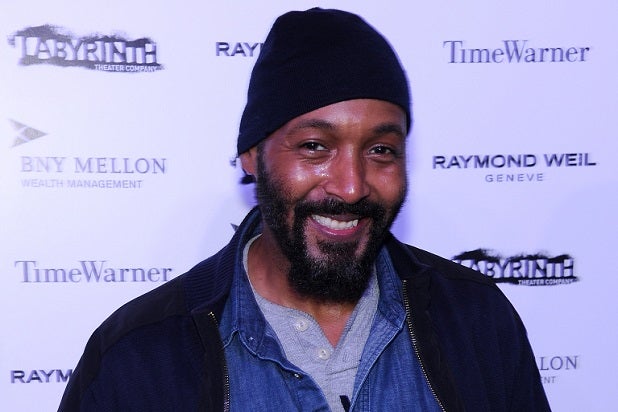 Jesse L. Martin is getting “Flash”-y with the CW.

The “Law & Order” veteran has signed on for the network’s superhero pilot revolving around super-speedy superhero the Flash, an individual with knowledge of the casting told TheWrap on Tuesday.

Martin will play Detective West, an honest, blue-collar cop who is a surrogate father to Barry Allen (aka the Flash).

The pilot, which will star “Glee” actor as Grant Gustin in the title role, has received a standalone pilot. Initially the plan was to introduce the potential series as a backdoor pilot on the network’s hit superhero series “Arrow,” but after two episodes of “Arrow” featuring the character were filmed, the network decided to give it a separate pilot.

“I’m very bullish on the show,” CW president Mark Pedowitz said at the Television Critics Association press tour in Pasadena, Calif., last week. “We felt that rather than try to squeeze in a spinoff, let’s get into a bigger pilot so that if we do launch the series. we’re gonna launch it with a bang like we did ‘Arrow.'”

Also read: CW Chief Challenged: Why the Models in Slinky Dresses at TCA?