The assailant, who is still at large, shot and killed five men and five women after entering the Star Ballroom Dance Studio in Monterey Park Saturday night, according to LA County Sheriff Robert Luna, before the suspect fled the scene. Less than 30 minutes later, a man with a gun entered the Lai Lai Ballroom in Alhambra and people wrestled the weapon away from the suspect, though it is unclear if the two incidents are related.

“Just heard the horrifying news out of Monterey Park, CA,” George Takei tweeted Sunday morning. “A whole community wracked by gun violence and death, on what should have been a joyous Lunar New Year celebration. No motive is yet known. But we must act to end the ability of murderers to take so many lives so brutally.”

Also Read:
Time’s Up to Shut Down Operations by End of January

Given that Monterey Park is primarily an AAPI community and the killings occurred around the Chinese holiday Lunar New Year, many have speculated the shooting was a hate crime, though the investigation has not yet determined the assailant’s motive this early into the case, according to Capt. Andrew Meyer of the Los Angeles County Sheriff’s Department.

“The reports coming out of Monterey Park are absolutely devastating. Families deserve to celebrate the holidays in peace — mass shootings and gun violence are a plague on our communities,” Los Angeles Mayor Karen Bass said in a statement. “As investigations determine whether these murders were motivated by Asian hate, we continue to stand united against all attempts to divide us. My heart goes out to Monterey Park and the families and friends of those lost.”

“I’m sure many of you are aware that last night in Monterey Park, 10 people were killed and shot and another 10 were wounded by a gunman at Lunar New Year festivities,” Daniel Dae Kim told a crowd at Sundance said of his production company, 3AD, along with Gold House and The Asian American Foundation newly formed AAPI organization. “This is something that in the face of celebration and festivities is worth noting because this is the reason that Sunrise House and Sunrise Collective was formed. We are here for our community today.” 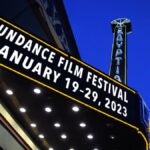 Also Read:
Sundance CEO Acknowledges ‘More Work to Do’ After Jury Walkout Over Lack of Captions

“Shang-Chi and the Legend of the Ten Rings” actor Simu Liu also shared his terror at the tragedy, while noting the “terrible act” should be receiving “way more coverage in media.”

“I am shocked, saddened, angered, and heartbroken for the families who have been affected tonight,” Lui tweeted, adding that the community is “home of Asian American families, parents, grandparents, siblings, sons and daughters, aunts and uncles. All of whom were looking forward to celebrating the New Year this weekend.”

“Community” and “The Hangover” actor Ken Jeong also shared his outrage to the “senseless” violence, firmly stating “this needs to stop now.”

“Little Fires Everywhere” author Celeste Ng noted her grief following the shooting and pointed out that while the investigation is not formally calling the incident a hate crime, due to the deadly incident occurring “at an Asian-owned club, at a Chinese Lunar New Year celebration, in a heavily Asian area, on Lunar New Year’s Eve,” she is “bracing [herself].”

Stop AAPI Hate condemned the shooting in a statement, saying “This tremendous act of violence, on one of the most important days of the year for many Asian Americans, at a place where Asian American families come to gather and celebrate, is sending shockwaves though our community.”