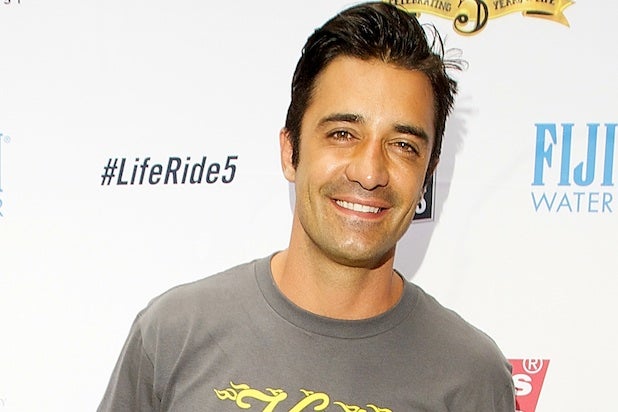 Gilles Marini will continue to steam up Lifetime’s “Devious Maids.”

The production has promoted Marini to a series regular starting with Season 3, which premieres next year, a show representative told TheWrap.

Marini plays Sebastien a man that Carmen (Roselyn Sanchez) meets at a bar on the Season 2 finale. After he shows her demo to a major record producer, the two of them sleep together. However, Sebastian soon confesses that the record producer is his wife.

The actor is best known for playing Luc Laurent on ABC’s “Brothers & Sisters” for two seasons. He also just came off of playing Angelo on ABC Family’s “Switched at Birth.” He will forever be haunted as Dante, the hot showering naked man, in the first “Sex and the City” movie.