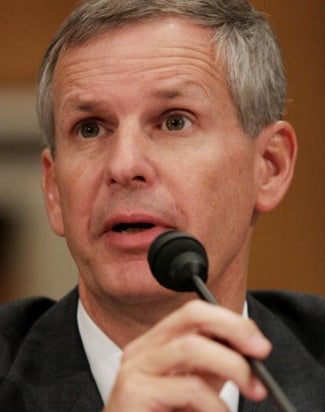 The action surrounds what the plaintiff, DCM Multi-Manager Fund, LLC, an investor in Dish, calls “an egregious conflict of interest.” Dish did not immediately respond to a request for comment from TheWrap on Tuesday. The suit was filed last week.

Also read: ‘The Voice’ Idea Was Ripped Off, Lawsuit Claims

The court filing says the problem began when Ergen began purchasing the debt of company LightSquared LP during its bankruptcy.

The plaintiff says Ergen used his own money to buy up the debt via a hedge fund, since his company, Dish, could not legally do so.

The suit alleges that Ergen, who controls about 88 percent of Dish’s total voting power, forced Dish to put in a bid to buy LightSquared out of bankruptcy, “setting himself up to make hundreds of millions of dollars in profit.”

The suit says a special committee formed internally at Dish Network to evaluate the deal, but quickly disbanded. Dish soon announced its bid to buy LightSquared. Two days later, an eight-year veteran of the board resigned, allegedly over a disagreement on the LightSquared deal.

The plaintiff is suing for damages, restitution and fees. Ergen’s wife, Cantey, and other Dish executives are also listed as defendants in the filing.