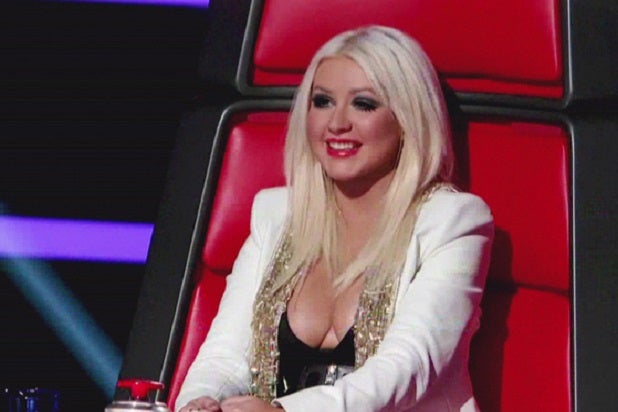 “The Voice” walked away with an Emmy on Sunday night, but according to a new lawsuit, it also walked away with the concept of the show itself — and now the supposed creator wants some payback.

According to a lawsuit filed in Los Angeles Superior Court earlier this month, Irish citizen Michael Roy Barry created the concept for the international franchise “The Voice,” and had the idea stolen from him.

Barry claims that he created the concept for a show titled “Voice of America” in 2008. Barry’s series would be a singing talent show, where the judges cannot see the contestants, who are judged solely on their voices. (Sound familiar?)

The suit claims that Barry posted the ide on the website TV Writers’ Vault, which allows television industry professionals to scout for new ideas, on the condition that they keep the material confidential.

“I agree that I will not disclose, utilize, or otherwise exploit ay of the Confidential Information in any way,” the website’s terms of service read, according to the lawsuit.

However, Barry — who claims to have also registered the idea with the Writers Guild of America West and the U.S. Copyright Office — says that concept was lifted and eventually used for “The Voice of Holland,” which has since spawned an international franchise that includes NBC’s “The Voice.”

Talpa Media Group, qhich produces “The Voice” franchise, is also named in the suit, as is The Entertainment Group, which was acquired by Talpa when TEG went bankrupt. (According to the suit, Van Velsen was under contract to TEG in 2009, at about the time that the alleged theft would have occurred.)

Talpa has not yet responded to TheWrap’s request for comment.