Former President Donald Trump stormed off a videotaped interview with Piers Morgan in a preview clip of the broadcaster’s first episode of his new Fox Nation show “Uncensored.” The contentious interaction showed Trump calling Morgan “dishonest” and a “fool” after the latter pressed him on the results of the 2020 presidential election.

The teaser for the episode, which will debut April 25 on TalkTV and Fox Nation, opens with text that reads “A former president in denial,” set to dramatic music.

In excerpts of the conversation, Trump defends his false assertion that the election was stolen from him as a result of voter fraud — a claim he has repeated numerous times without proof and which has spurred violence in the January 6 Capitol Riot. “I’m a very honest man — much more honest than you,” he tells Morgan to his surprise. 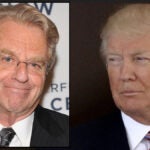 “It was a free and fair election. You lost,” Morgan said in the interview, which led to Trump’s reply that “only a fool would think that.” After Trump doubled down on his comments, Morgan pressed him to provide “hard evidence” of election fraud.

The clip, which asserts the interview as the “most explosive” of the year, ends with Trump demanding to “finish up” the interview and walking away from the camera after telling crew members to stop videotaping him.

It’s worth noting Trump and Morgan have a history working together, as the latter won “The Celebrity Apprentice” in 2008. Since then, their relationship has been tumultuous: While Morgan backed and endorsed Trump as a candidate, calling him a “close friend,” the two had a falling out after Morgan criticized his handling of the pandemic. 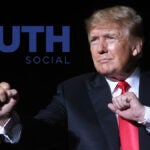 After the Capitol Riot, Morgan said he regretted supporting the “mentally unfit” Trump, though he has since added that he “misses” the former president’s administration.

However, if the clip is any indication, it seems like the two aren’t likely to catch up over lunch any time soon.