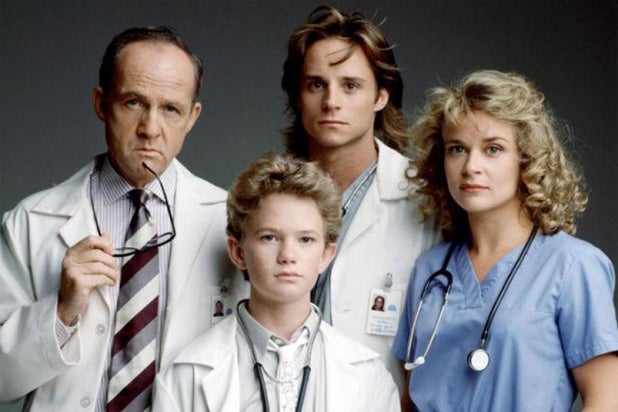 Disney+ has given a series order to its female-led reboot of “Doogie Howser, M.D.,” the streamer announced Thursday.

Titled “Doogie Kameāloha, M.D.,” the series will be set in modern-day Hawaii, following Lahela “Doogie” Kameāloha, a mixed race 16-year-old girl who is juggling a budding medical career and life as a teenager. She will be accompanied by her spit-fire Irish mother who’s also her supervisor at the hospital, and her Hawaiian “Local Boy” father struggling to accept that his daughter is no longer his little girl.

Written by “Fresh Off the Boat” alum Kourtney Kang, the 10-episode comedy  is set to go into production later this year for a 2021 premiere on Disney+.

“Thirty years ago, a young medical prodigy took the world by storm and left a lasting impact on pop culture,” said Ricky Strauss, president of content and marketing at Disney+. “Kourtney and the team at 20th Television have created a very modern take on this beloved property which will resonate with our global Disney+ audience. We can’t wait to introduce the world to the new Doogie!”

“Doogie, Howser MD is beloved by everyone at our studio, so we knew that if we were going to reinvent it for a new generation, we had to have both the blessing and participation of the Bochcos and a creator with a fresh, new take that made us lean in,” added Carolyn Cassidy, president of 20th Television. “Kourtney’s vision for the character is so inspired, we’ve been dying to collaborate with Melvin and Jake again, and Disney+ is exactly the right home for this idea. We couldn’t be more excited.”

The original “Doogie Howser, M.D.” starred a very-young Neil Patrick Harris as a teenage physician balancing the challenge of practicing medicine with the everyday problems of teenage life. It ran for four seasons on ABC from 1989-1993 and was created by Steven Bochco and David E. Kelley. Bochco died in 2018; his widow, Dayna, and son, Jesse, will executive produce the reboot alongside Kang, Jake Kasdan and Melvin Mar.

Deadline first reported the news of the series order.