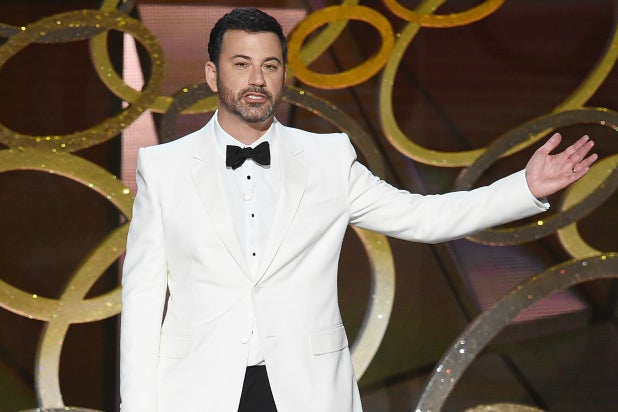 For now, the special has an 8.4 rating/13 share, per the 56 metered-market households monitored by Nielsen. Last year’s Emmys — which took place on Sunday, September 20, 2015 — posted an 8.7/14. At the time, Fox’s turnout was down 20 percent from the prior year’s special, which NBC aired on a Monday night in August.

The 2014 version had scored a 10.9/18. NBC ran the celebration of television when it did due to the broadcaster’s “Sunday Night Football” rights — clearly, that move had paid off.

Fast affiliate numbers for last night should be out around 11 a.m. ET, but those aren’t particularly great from an accuracy standpoint. Final numbers should come in shortly after that; TheWrap will report both.

Also Read: Emmys by the Numbers: FX Gives HBO a Run for Its Money

When all was said and done in 2015, the Emmys attracted a record-low 11.9 million total viewers. Soon, we’ll see if that all-time low gets replaced this year.

Despite the lackluster TV ratings forecast, Sunday’s awards show was definitely very good for some: Kimmel has received mostly rave reviews, while “Veep” and “Game of Thrones” repeated as best comedy and drama, respectively.

Plus, “The People v. O.J. Simpson: American Crime Story” seemingly took home every other trophy, while “Transparent” fared well in the individual comedy categories. Check out the full list of winners here.