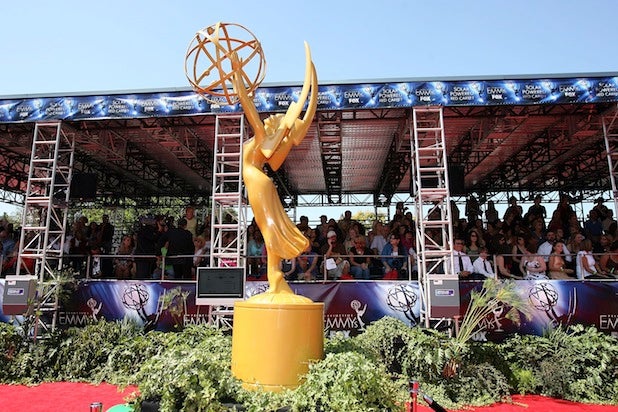 Taking heed of the increasing amount of short-form content showing up on television and on digital platforms, the Television Academy has expanded its short-form categories for this year’s Primetime Emmy Awards, the Academy announced on Wednesday.

This year’s Emmy rule changes also include expanding the number of nominees from five to six in the comedy and drama directing and writing categories, expanding reality-television categories and changing some of the voting procedures.

In a statement announcing the changes, Academy Chairman and CEO Bruce Rosenblum said: “Our industry is aggressively, quickly and creatively evolving the various ways episodic stories are told. Our Board of Governors felt that this expansion of short form categories begins the process of ensuring that Emmy-worthy creativity will be rewarded, irrespective of format or platform.

“These category changes reflect the broader opportunities that emerging networks and distribution platforms, such as Maker Studios, Fullscreen, Crackle, AwesomenessTV, YouTube Red, Adult Swim and others, are seizing in choosing innovative formats that enable our television community to share stories in novel and entertaining ways.”

The new rules for this year:

> The Outstanding Short Form Series – Variety category will be added.

> Categories for Outstanding Actor and Actress in a Short Form Series will be added.

> The categories in which voters were asked to rank nominees in order of preference will now require a single vote for the top selection.

> A two-step nominating process will be instituted for Special Visual Effects, with the SVE Peer Group Executive Committee coming up with a shortlist that will then be presented to all of the peer group’s voters.

> The Outstanding Costumes for Variety, Nonfiction or Reality Programming category will be changed from a juried award in which only winners are chosen to an Area Award in which the entire peer group will vote for nominations and then winners.

> And once a show is established as a regular series, it will not be able to qualify a shortened season as a limited series (the way, for example, the final season of “The Big C” qualified as a miniseries in 2013). The shorter seasons will still be considered part of a series unless they consist of only one or two episodes, in which case they will qualify as a TV movie or a limited series.

The 68th Primetime Emmy Awards and the Creative Arts Emmys will take place in September, on dates yet to be determined.