Entertainment One, the studio behind shows like “Yellowjackets” and “The Walking Dead,” has tapped former Netflix exec Kris Henigman as senior vice president of scripted television. He previously served as a consult for the company.

In the new role, Henigman will focus on the development and packaging of television projects.

“I am very excited to join the amazing team at eOne,” Henigman said. “In addition to eOne’s fantastic original series slate, Hasbro has a deep well of beloved IP that I have been a massive fan of since childhood. I am thrilled to help continue bringing these projects to screen as we add to an already exciting TV slate.” 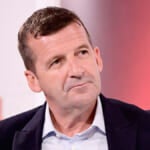 Also Read:
Entertainment One CEO Darren Throop to Exit by End of the Year

Pancho Mansfield, president of global scripted television at eOne made the announcement today and stated, “Kris has been an integral part of eOne’s TV division, and we are delighted to have him join the team officially. His breadth of experience and great working relationships across the industry will be a helpful asset as we continue to grow our business.”

Henigman brings more than 15 years’ experience in scripted television to his role. The exec most recently served as director of original series at Netflix, where he oversaw the strategy for sci-fi and fantasy-driven programming, including “Altered Carbon,” “The Witcher,” “Cowboy Bebop” and Neil Gaiman’s “The Sandman.” He was also responsible for sourcing and developing both new and well-known IP, including “Conan the Barbarian” and “Assassin’s Creed.”

Prior to Netflix, he worked as director of development at Valhalla Entertainment, where he contributed on the hit series “The Walking Dead” and developed several other pilots for multiple networks. Henigman began his career in the entertainment industry at CAA and graduated from USC’s Marshall School of Business.

The news comes a day after the company announced that CEO and president Darren Throop plans to step down from his role at the end of the year when his contract is set to expire. In 2001, Throop became CEO of the production company, then called ROW Entertainment before it morphed into eOne in 2007 and was acquired by Hasbro in 2019. Throop’s contract was extended along with the company’s acquisition in a $4 billion transaction. 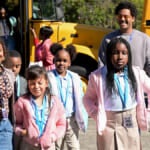