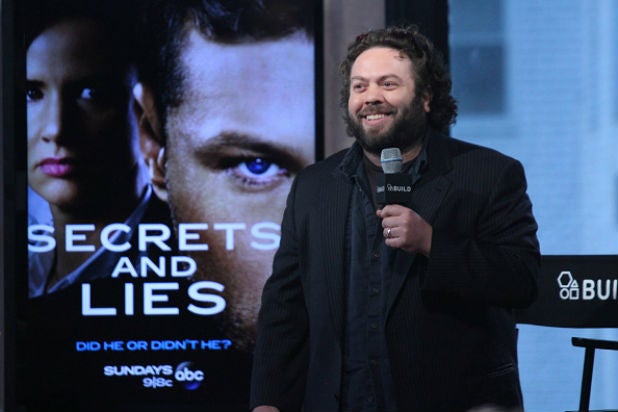 Dan Fogler has been cast in Warner Bros’ upcoming adaptation of the J.K. Rowling book “Fantastic Beasts and Where to Find Them,” an individual with knowledge of the casting told TheWrap.

Fogler will play Jacob, a muggle who befriends wizard Newt Scamander (Eddie Redmayne) as he searches for mystical creatures in 1920s New York.

Fogler most recently appeared in “Barely Lethal” alongside Hailee Steinfeld and also played Dave Lindsey in the ABC drama “Secrets and Lies.” He is known for his roles in comedies like “Balls of Fury,” “Kung Fu Panda,” and “Fanboys.”

Also Read: Katherine Waterston Joins Eddie Redmayne in 'Fantastic Beasts and Where to Find Them'

Rowling wrote the script for “Fantastic Beasts,” which is based on the 2001 book of the same name. The book was a fictional textbook that Harry Potter used during his first year at Hogwarts in “Harry Potter and The Sorcerer’s Stone.”

In addition to Redmayne and Fogler, the film will star Katherine Waterston, Ezra Miller and Alison Sudol. David Heyman, Rowling, Steve Kloves and Lionel Wigram, who previously worked on the “Harry Potter” film franchise, are producing. David Yates will direct.

Also Read: Eddie Redmayne Confirmed as Newt Scamander in 'Fantastic Beasts and Where to Find Them'

Fogler is repped by UTA and Management 360.