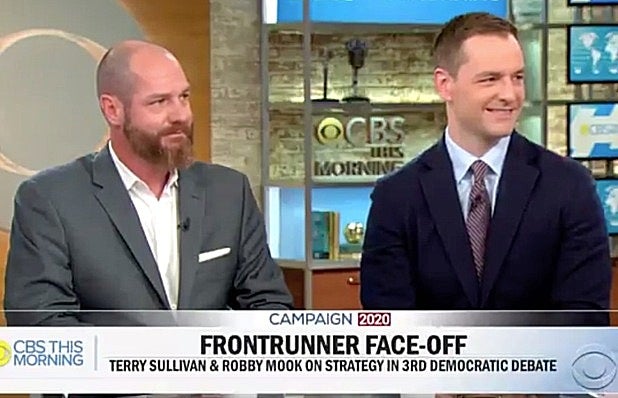 Robby Mook, who was Hillary Clinton’s campaign manager in 2016, is joining CBS News as a political commentator, the network announced on Thursday.

Mook, along with strategist Terry Sullivan, who was Marco Rubio’s campaign manager in 2016, are the latest hires in the run-up to the 2020 election.

Mook appeared on television repeatedly during Clintons’ 2016 campaign, even notably telling ABC’s George Stephanopoulos that he considered then-candidate Donald Trump a “puppet” for the Kremlin.

Sullivan is described in the announcement as “a seasoned strategist with more than two decades of experience in politics.”

Both joined “CBS This Morning” Thursday to discuss the third Democratic debate, slated for later in the day from Houston.