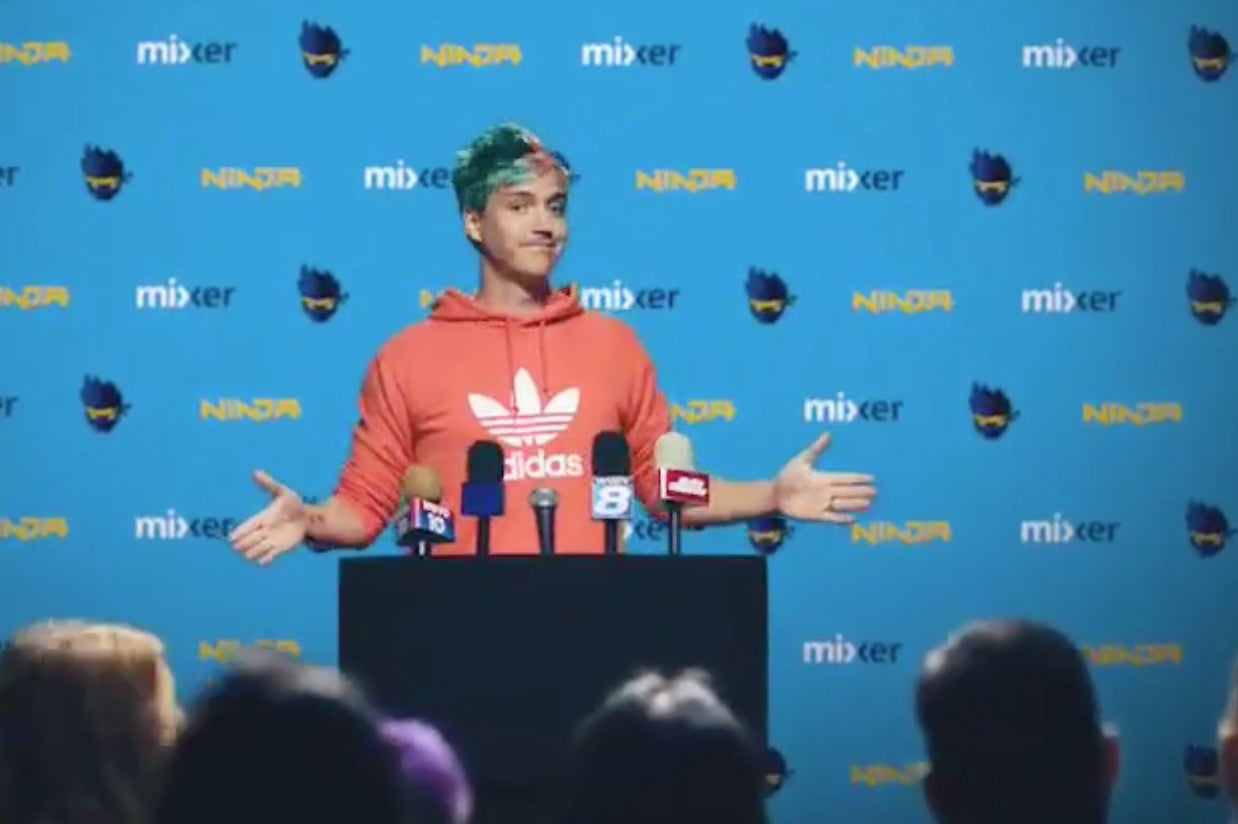 “Today we hit 1,000,000 active subscribers on mixer ^-^ thank you for all the incredible support. I haven’t felt this good in a long time,” the 28-year-old tweeted Tuesday night, along with a gif of himself pantomiming and mouthing, “I love you.”

On Twitter, Ninja, whose real name is Tyler Blevins, has 4.6 million followers. As of May 2019, he had over 14 million Twitch followers and an average of over 40,000 viewers per week. When he announced his partnership with Microsoft’s streaming platform last Thursday in a video posted to Twitter, he encouraged his followers to join him there.

By Friday, Mixer became the top free app in Apple’s App Store. A Microsoft spokesperson told TheWrap at the time, “We’re thrilled to welcome Ninja and his community to Mixer. Mixer is a place that was formed around being positive and welcoming from day one, and we look forward to the energy Ninja and his community will bring, but we nothing further to share at this time.”

There was no immediate response to a request for further comment Wednesday.