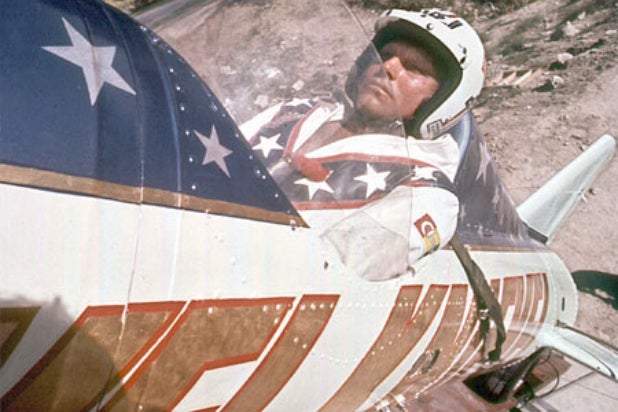 Fox has canceled its special “Jump of the Century,” which was set to feature stuntman Eddie Braun and daredevil Big Ed Beckley attempting to recreate Evel Knievel’s famous Snake River Canyon jump — hopefully with better results than the original, of course.

On Sunday, Sept. 8, 1974, Knievel jumped the Idaho canyon from south rim to north rim, before winds caused his “Skycycle” to drift back into the canyon. He sustained only minor injuries, but perhaps had his life saved by narrowly missing the water.

Forty years later, Fox’s push for “eventizing” lent itself to a re-do of sorts, by Braun and Beckley. However, Fox’s reality TV chief Simon Andreae and his team decided that the project was no longer cost effective to tackle the expensive production. Plus, the fall airdate was creeping dangerously close.

A Fox spokesperson simply told TheWrap, “Due to production timelines and budget concerns, we have decided to not move forward with the ‘Jump of the Century.'”