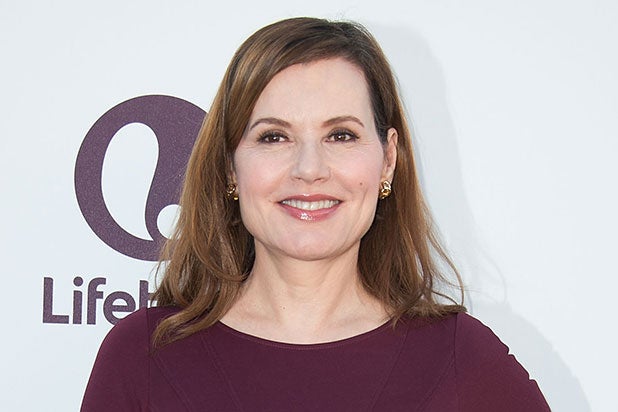 Fox has gotten an early jump on fall schedule planning, ordering as series the Chicago cop drama “APB,” plus TV reboots of “The Exorcist” and “Lethal Weapon” movie franchises.

Also on board are “Pitch,” a drama about the first woman to play Major League Baseball, and two comedies, “Making History” and “The Mick.”

“APB” delves into a Chicago Police Department beset by corruption and soaring crime rates. Among the executive producers is Matt Nix, best-known for USA’s “Burn Notice.”

“The Exorcist,” with Jeremy Slater (“Fantastic Four”) as writer-producer, stars Davis as a woman troubled by dark visions, which leads to investigations by two priests.

Kylie Bunbury (“Under the Dome”) will be the star of “Pitch.”

“Making History” will have Leighton Meester of “Gossip Girl” in a time-travel comedy; Phil Lord (“The Last Man on Earth”) will be a writer-producer.

Kaitlin Olson of “It’s Always Sunny in Philadelphia” will play the title character in “The Mick,” about a low-life hustler who inherits her sister’s fortune – and her three spoiled kids.

Fox is due to present its fall 2016 schedule to advertisers on Monday at the Beacon Theatre in New York.