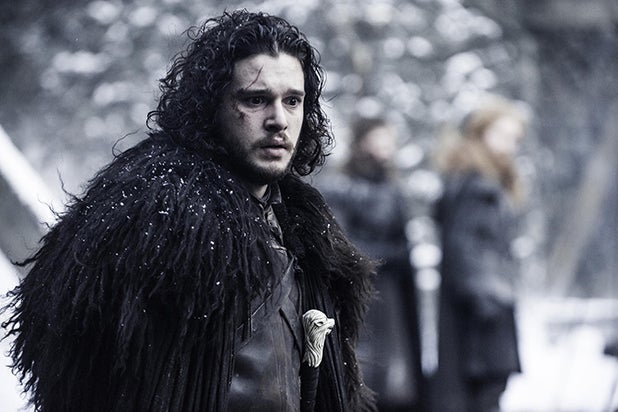 Even the biggest social network on the planet enjoys a “Game of Thrones” boost now and then.

Earlier this week, the official Facebook page for the HBO hit posted a 360-degree-video version of its opening-credits sequence, letting viewers peek in every direction at the familiar 3D mechanical map.

Now, Facebook CEO Mark Zuckerberg is bragging to his followers that the clip is the most-watched 360-degree video ever on Facebook, clocking up 5.3 million views in 24 hours.

The show’s opener often holds clues about what will take place in the upcoming episode, and the interactive map on Facebook is a playground for fans hunting for hints about the series’ coming Season 6, set to premiere on April 24. (Click through the gallery below for the best Easter Eggs in the 360-degree version.)

Over the past year, Facebook has been aggressively amping up how much video you see in your news feed, through moves like peppering your news feed with more clips and playing them automatically as you scroll past them. Competing directly with rival YouTube, the moves have quickly ramped up video viewing on Facebook to 100 million hours every day.

And virtual reality is one of Facebook’s key strategies looking head over the next decade. The company bought virtual-reality headset maker Oculus $2 billion in 2014, and 360-degree videos like the “Game of Thrones” clip are best viewed in the kind of headset Oculus makes.

Videos shot in 360 degrees let people watching on a computer zoom their field of vision in every direction, while watchers using a smartphone can sweep the device around them to look in that direction.

HBO, Facebook and Oculus collaborated with Elastic, the designers of the opening title sequence to create the 360-degree version of the show opener.

The video is exclusively available on the “Game of Thrones” Facebook page for now, but people with VR headsets will be able to watch it on Samsung Gear VR and Oculus Rift soon, Facebook said.