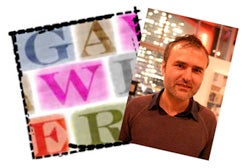 The shake-up at Gawker on Monday – its first acquisition, the firing of a well-regarded editor – is still reverberating in New York media circles for one reason: no one seems to get it, exactly.

Not the well-regarded editor. Not current and former staffers. Not media onlookers, who’ve watched Gawker grow from a snarky Manhattan media blog to a sprawling — and yes, more "mainstream" — publication. Perhaps not even Nick Denton himself (I’ll get to that in a second).

2. Why would Gawker buy Cityfile, a site that has generated little buzz and even less traffic (150,000 unique visitors, according Quantcast), at least by Denton’s own standards?

I spoke with several insiders at Gawker who couldn’t answer either. (Daily Intel spoke to some who were just as “mystified.”)

I exchanged instant messages with Denton on Monday, and he declined to comment on those specifically.

In his memo to staffers about the sale, Denton boasted about Cityfile’s “2,000-plus profiles of New York notables” that will become “the centerpiece of our new topic and people pages.” That helps explain why acquiring Cityfile would be appealing, but not entirely, especially if the seven-figure price tag that’s been floated is to be believed. (A valuable thing to have, but, as one former staffer wondered, why couldn’t Gawker build something like that itself?)

I asked Denton about the rumor he was an original investor in Cityfile. He said Chris Batty, Gawker’s VP of sales, was.

Which brings us back to the first question: Why force Snyder out, and replace him with Cityfile’s Remy Stern, who despite an impressive resume with Radar has never been at the helm of a site as big as Gawker’s? If there were a traffic problem, it would be easy to answer, but there isn’t: Snyder helped push Gawker past 4 million unique visitors in the U.S. in January. And Denton told me that his goal now is 5 million, a target that seemingly would have been attainable at the rate traffic had been growing under Snyder.

Denton clearly wants scoops — as he has said numerous times — because those are what ultimately drive traffic. But Snyder and his team did that.

One insider explained that it came down to “Remy versus Gabe,” and Denton chose Stern, whose work at Radar Denton admired. (The Awl – something of a PR Newswire for Gawker memos, run by a couple of Gawker ex-pats – said Stern has openly coveted the editor spot “since at least 2004.”) Another surmised it could have been part of the terms of the deal. (A point reiterated by New York magazine.)

"Nick’s lack of loyalty to those who build his sites and make him even richer is troubling, for those inside and outside the company," one Gawker Media editor told Daily Intel.

Having watched Denton direct Gawker’s evolution to big (and still snarky) website covering everything from media to tech to celebrity (a journey that’s included a whole slew of talented editors that have left or been “canned” with little or no warning), it’s clear he loves two things above all else: traffic, and attention.

A splash like Monday’s achieved both, even if it didn’t make to any of us. It could’ve been simply a shake-up for shake-up’s sake.

Denton’s been known to do that, and it’s hard to argue with the results.