GLAAD, an advocacy organization for the LGBTQ community, slammed “60 Minutes” and CBS News’ Lesley Stahl, saying a Sunday story on health care for transgender individuals — which focused on detransitioning — was “shameful.”

“Tonight @60Minutes @LesleyRStahl aired a shameful segment fearmongering about trans youth. Parents of trans youth could walk away with the false belief that young people are being rushed into medical transition. That is simply untrue,” the organization tweeted Sunday night. “As the piece noted, every major medical association supports affirming, age-appropriate care for trans youth and the guidelines for that care are safe and well-established. And yet, the majority of the story was devoted to ‘raising concerns’ about youth accessing that care.”

GLAAD pushed back on the timing of the piece, noting that at least 30 states have introduced bills targeting the trans community in recent months. The organization also criticized CBS News for “failing to disclose that a person profiled in the story is the president of a group that actively seeks to limit affirming transition-related healthcare,” describing it as “poor journalism and a disservice to viewers.” 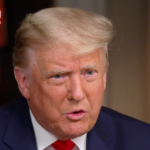 Grace Lidinsky-Smith, who launched the Gender Consumer Advocacy Network, appeared during the segment to share her story of detransitioning within a year of her transition, which came about after she was diagnosed with gender dysphoria. That organization “aims to empower consumers to make the best decisions possible when starting or stopping gender care services.”

The long-running news program, GLAAD said, “heard concerns from several trans leaders and, after spending months on the segment, they delivered a piece which still promulgates the same anti-trans dog whistles that we hear from anti-LGBTQ activists and in state legislatures like Arkansas.”

A representative for CBS News did not immediately return a request for comment. The segment also featured calls from doctors to increase care and fight bans on treatment, as well as advocates raising awareness of violence against transgender people.